Hong Kong protesters should march on 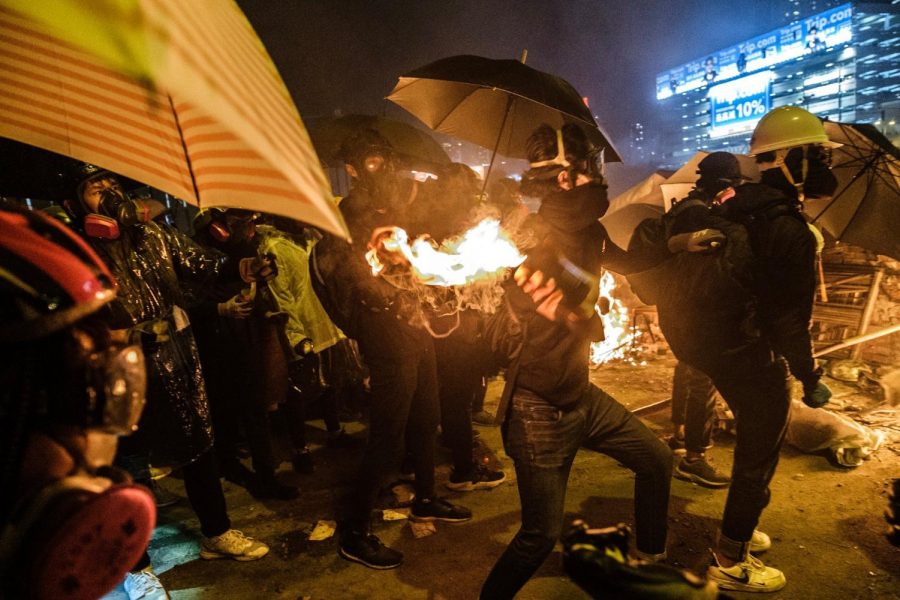 The streets leading up to the school were blocked off by an army of protesters armed with shields, firebombs, and bows-and-arrows. The police were struggling to suppress a days-long protest at the Hong Kong Polytechnic University, a spot where over 500 protesters held out against police, turning the school into a fortress under siege. This was one of many violent flare ups between Hong Kong activists and the authorities that has rocked world news since June. What is exactly going on?

Protesters took to the streets in June after a bill known as the Hong Kong extradition bill was proposed by the Hong Kong government. This piece of legislation would have changed the region’s extradition laws, allowing for citizens accused of a crime to be handed over outside of Hong Kong to be put on trial. An uproar surged as this would allow for Hong Kong citizens to be extradited to mainland China. Hong Kong and China have long held the agreement of “one country, two systems,” an agreement made when Hong Kong was released from British rule in 1997, and became a special administrative region of China. Under these terms, Hong Kong kept its capitalist economy, and some level of autonomy. The protesters see the extradition bill as a violation of this agreement, as Hong Kong citizens could be tried in Chinese courts. Many fear that if the bill is passed, it could set the precedent for more bills infringing on Hong Kong’s autonomy.

Protests In The Millions:

The Hong Kong government, led by Carrie Lam, pushed forward with the bill. Protests started in small numbers, but exploded into crowds of over one million people in June. This is when the first clashes with police began. On June 12, a peaceful demonstration turned into the greatest violence Hong Kong has ever seen when it was disrupted by police who fired tear gas and rubber bullets at a crowd that was blocking off a government building. In response to the chaos, on June 15, Lam announced that the extradition bill was to be delayed indefinitely. However, this did nothing to de-escalate tensions. Unrest kept growing as the movement turned into more than just one against the extradition bill. Now it’s about being pro-democracy, and anti-China. Protesters are demanding for universal suffrage, the ability to elect their chief executive and Legislative Council. This new agenda has also changed the tone of protests since then from peaceful to more disruptive. Believing that their wishes were falling on deaf ears in government, protesters ransacked the Legislative Council on July 1, leaving the scene trashed on the day the city celebrated its 22nd anniversary of gaining independence from Britain. About a month later, protesters famously gathered at Hong Kong International Airport, causing the cancellation of hundreds of flights, and for many overseas their first glimpse at the chaos in Hong Kong. The world was finally catching on to it.

So far, China has shown restraint and has not responded militarily to the protests. The Chinese government took little action from the onset, even Chinese media was largely ignoring the unrest in Hong Kong. However, it gradually became too much to turn away from, and Beijing delivered a stern denunciation of the protest in early August. Since then, some Chinese businesses have ended all dealings in Hong Kong, and the government has continued to criticize every protest.

Beijing may be trying its hardest to turn a blind side to Hong Kong, but the international community has done anything but. Solidarity movements have sprung up across the world, supporting the pro-democracy ideals of the protests. Europe and the United States have stood with protesters, and the US Congress is attempting to pass the Hong Kong Human Rights and Democracy Act, which would strengthen ties between the world’s leading Chinese competitor, and Hong Kong.

Protesters had every right to cause an uproar against the extradition bill, and their agenda of allowing more democracy in Hong Kong is admirable. With such an overbearing power looming over them, protests are the only way they can get something to change. The Chinese government has tried to portray the movement as a series of unruly riots, and while many of these demonstrations turn violent, it turns a blind eye to the many peaceful protests, and ignores the stress that Hong Kong is being put under. However, on the other side of that coin, China has done well in showing restraint. Chinese forces have not intervened in Hong Kong, even as international criticism grows. There is no end in sight for the troubles in Hong Kong, and if that means protesters have to continue taking to the streets to fight for their region’s rights, then let them march on.