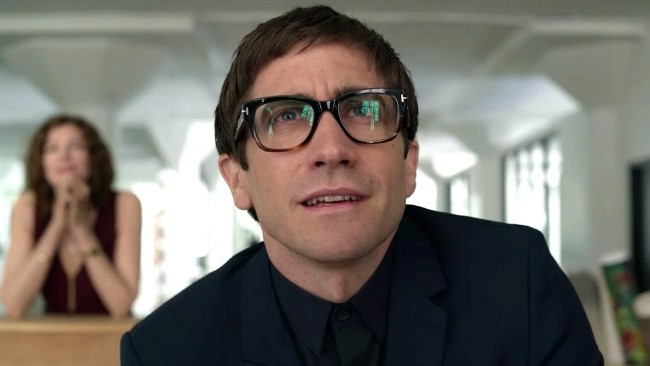 Hooded figures. Blood dripping down the walls. Dark woods and a chilling scream. These classic horror movie staples are what have made up creepy films across Hollywood. As of recently, movie subscription services like Netflix and Hulu are creating movies for their viewers to enjoy without having to leave their own couch.

“Velvet Buzzsaw” hit televisions across the country on Jan 31. Fans flocked to Netflix to watch stars such as Jake Gyllenhaal (Morf Vandewalt), Natalia Dyer (Coco), and John Malkovich (Piers). Velvet Buzzsaw focuses on the contemporary art world of Los Angeles and the interesting characters who deal with the paintings within.

The film opens with a clean and mature setting at an art show in Florida. Each quirky character is introduced in the opening scenes, ranging from classic art snobs like Vandewalt to nervous students attempting to make it in the influential scene.

The first part of the movie is building the background of each character and their relationships with each other. Essential to the progression of the plot, but was done so in a way that left viewers wondering, when the sinister aspects would appear. Gyllenhaal brings the movie to life, however, as his pompous personality and style, ambition, and controversial opinions, stir each character differently and create drama from the very beginning.

After an accidental discovery of, deceased artist, Vetril Dease’s stash of dozens of beautifully detailed paintings and sketches, the movie takes a dark shift. The beginning signs of the curse that the art might bring is shown after each painting was meant to be destroyed after Dease’s death. As the story progresses, those who profit off of Dease’s art end up dying, all in ways connected to the paintings. From animals coming to life, to terrifying hallucinations, each character dies off in shocking and gory ways.

The classic scary curse and demonic qualities of the plot are done in a way that avoid boring and predictable dialogue. Each character faces their downfalls in unique ways, leaving their bodies to be found mostly to submissive and quiet assistant Coco (Natalia Dyer).

This contemporary horror film was a breath of fresh air from the average supernatural/mysterious movies that make up average Hollywood blockbusters. Dan Gilroy, writer-director, created a fantastic thriller with a setting never before shown as creepy before. His contrasting use of bright colors and aesthetically pleasing settings during the most horrifying of scenes brings a different feeling of dread and uneasiness to the audience. Possibly the most chilling part of the whole movie is the seemingly unceasing steady assault of the cursed art as they continue to be sold and moved around the world.

Watching the characters of “Velvet Buzzsaw” go insane all because of art, shows a deeper message of how art can affect you. As the setting in the Los Angeles art scene implies, the movie focuses on the different ways modern art is viewed by the public. A dead body is seen as part of an art exhibit, an older artist leans to drinking in order to get creativity, and smaller art exhibits are ridiculed and stepped on by the wealthy. All these aspects of the film require the viewer to ponder on how they interact with art in their lives.