Netflix digs 80’s serial killer out of the grave 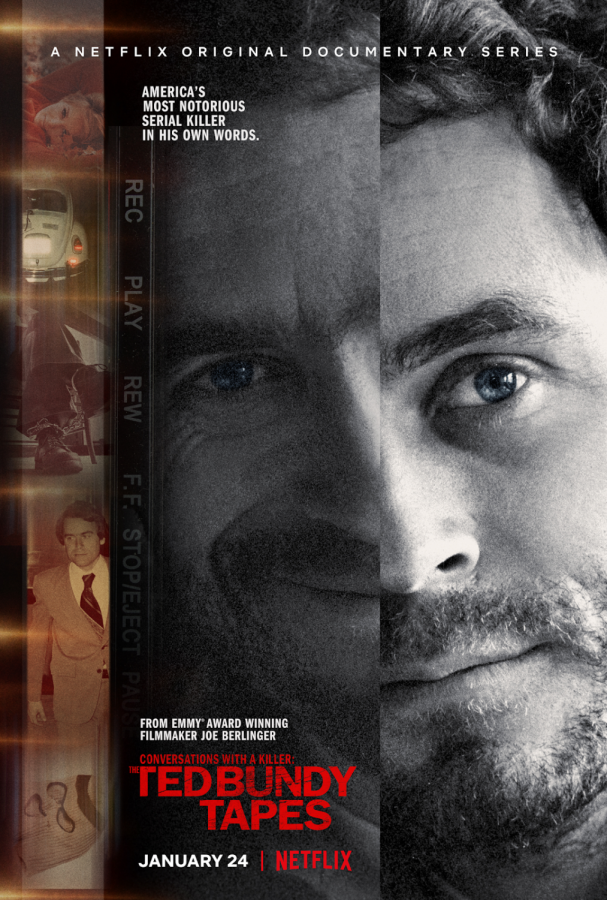 Recently, there’s been an odd fascination with true crime, most notably serial killers and the psychology behind their crimes.

“Conversations with a Killer: The Ted Bundy Tapes” premiered on Netflix on Jan 24. Within a few days of its release, the four episodes has already gathered controversy.

The show contains interviews and archived footage of 1980’s serial killer Ted Bundy. The series also follows those affected by his murders.

Bundy was first arrested in 1975 for aggravated kidnapping and attempted assault but ultimately was not executed for his crimes via electric chair until 1989. In that decade, he confessed to 30 homicides between 1974 and 1978 in seven states and managed to escape prison twice. There is a possibility that he may have murdered more but investigators have never solved it.

Bundy was convicted with aggravated kidnapping, attempted murder, burglary, murder, and rape. He was also known for necrophilia, meaning that he’d often violate his victim’s body after he murdered them.

Part of Bundy’s allure was the fact that he did not look like the stereotypical serial killer: he wasn’t old and ugly, and he wasn’t “weird”. In fact, a lot of public opinion during his trials was that he couldn’t have murdered those women because he didn’t look like someone that would— he was young, handsome, clever, and very charismatic, and he used those qualities to lure in his victims.

The docu-series is quite bland as it simply takes you through the trial as if you were watching its progression in real time. The editing and the brilliant structure of how director Joe Berlinger constructed this weaves the murderer’s tale in a very distinct way, but it was enough to stir up controversy.

Along with this show premiering on Netflix, Bundy’s own feature film titled “Extremely Wicked, Shockingly Evil, and Vile” also premiered at the Sundance Film Festival around the same time and will also premiere in theatres this fall, starring Zac Efron as Bundy.

With Bundy back in the limelight, many people question whether or not Efron was a good casting decision and that Netflix is “romanticizing” Bundy and his actions.

Rather, Netflix and the producers of the separate feature film took into account what made Ted Bundy such a fascinating, twisted killer and simply presented it. Bundy was spotlighted because he wasn’t the stereotypical serial killer and that’s how he kept getting away with it. Casting a fairly handsome actor to portray a serial killer who was known because of his looks and charisma barely sounds like a problem.

That was the point of Bundy’s case: he was able to accumulate such a high body count because everyone looked at him and saw a potential boyfriend instead of a serial killer.

However, the “Ted Bundy Tapes” could have focused a lot more on his victims and other affected by his crimes.

With such a large case, there could have been so many other stories to tell, such as those of his childhood friends or the people whose lives he tarnished because they were a link to one of his victims. Remembering a serial killer is one thing, remembering whose lives they stole is another.

“Conversations with a Killer: The Ted Bundy Tapes” really doesn’t add anything special to the table, especially with all these other true crime shows and movies coming out or have already come out. It’s straightforward, and interesting for those who did not know much of who exactly Ted Bundy was or like true crime documentaries in general, but other than that, there’s really nothing that makes it stand out.