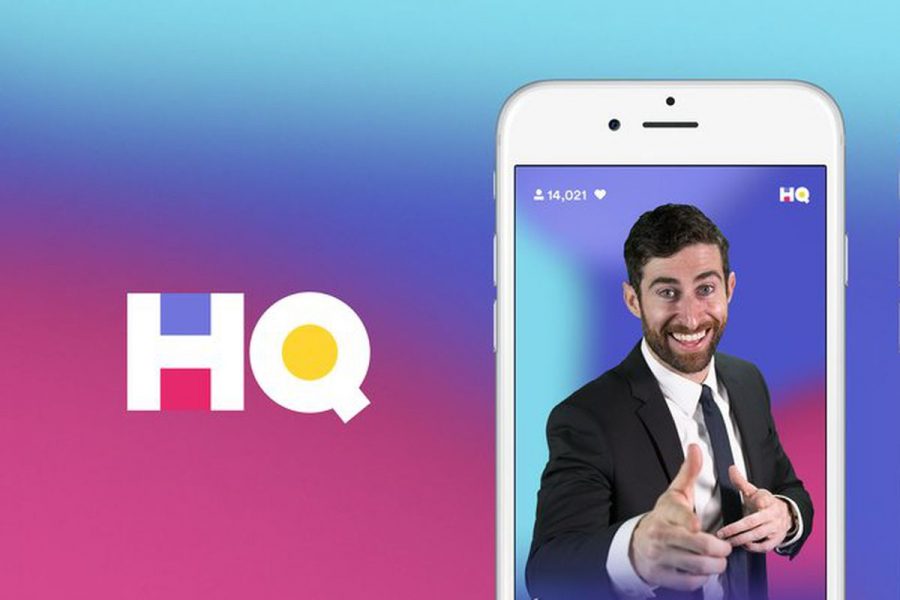 Scott Rogowsky, the principal host of HQ Trivia, helps enhance the exciting atmosphere of the app. (Photo courtesy of The Verge)

In the past couple months, we have been witnessing a transformation in front of our very eyes, whether we have realized it or not. This shift is in the category of a pastime that has been integrated into our television culture for generations; game shows.

The now-hit app HQ Trivia has been available to download on the Apple App Store since August, and the Android store since January. The app is a live, trivia game show that anybody with a phone can access; contestants have to answer 12 random trivia questions correctly to win a share of a substantial cash prize. This can range from $2500 all the way to $15000, sometimes giving away even more on special occasions. During the two times a day that shows are hosted, up to a million people or more will join in for a shot at winning some cash.

Like other popular game shows throughout history, HQ Trivia has the elements needed to create a fun  environment for its contestants and viewers. It has a charismatic, energetic host, Scott Rogowsky, that attracts more and more people to the game every day. It has a catchy selection of music to go along with the game that adds to the atmosphere. Based on these attributes, the app is a lot closer to a game show than a normal quiz app.

Big, well-known game shows such as Family Feud, Jeopardy!, and Wheel of Fortune, have become monsters in the daily television world, as they air almost every day of the week and have built strong, competitive numbers of viewership.

However, HQ attracts both game show fanatics and people that normally wouldn’t even consider tuning into these shows, due to the unique format and gameplay it has compared to mainstream shows. This ability makes it a true competitor to these shows where you watch people play for money, rather than actually playing for money yourself.

Looking closely at the landscape, you see less and less game show-type programs airing at times where people would watch. Likewise, new game shows have a hard time banging a dent in the established viewership of other, better known shows. So, how does this provide HQ an opportunity to leave a lasting effect on the game show industry?

Well, they have the high amount of players (almost one million people per session). They have the attributes that a game show needs to draw these players back to play another game. Lastly, they have widespread access, since everybody with a phone can play.

This may draw more developers to create apps like this to add to the crop of games like HQ Trivia. Potentially, if TV networks believe it could draw in more viewers, they could create programs that involve audience participation, like HQ does. Game shows that don’t involve just a select number of people change the way they watch the show; rooting for the contestants you choose to like is different than actively participating and actually rooting for yourself and your own success. This could involve so many more people and bring TV ratings up in the process.

So, although the game show industry isn’t dying, it does have room for change. And an app that started off as a small trivia app and has grown into a behemoth, may lead the charge.