Is the Music industry in decline? 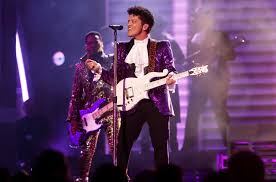 Change in the style of music is inevitable. It’s meant to change. It’s why most people today don’t turn on their radios to listen to Beethoven. But what if in the process of change, music begins to lose those fundamental pieces that make it enjoyable? And what made people argue that music that occurred only a few decades ago was so much better than today?

There are many musicians today that perform well and their work is of good merit. But the amount of originality and creativity is beginning to shrink.

We are in a generation of less musicality. There are less musicians who play their own instruments, write their own music and make albums rather than single hits. Less musicality equals less quality. Past generations had all this. They had singer-songwriters, composers, arrangements all designed by people who learned how music is made.

Artists today lack the same experience as musicians of the past. Before, if you wanted to be famous you spent years performing in small places, anywhere from bars to restaurants. Today, all that is required is a video to go viral on Youtube and you’re suddenly famous.

Most musicians now use auto-tune or synthesizers which require virtually no talent. Technology essentially waters down music. Anyone can sing a song into a microphone and have a computer adjust your notes to make them in tune. That takes no skill.

In the 1990s, the band Blues Traveler wrote a satirical song about how music was changing called “Hook”. The song was a top hit and their opening is as follows:

“It doesn’t matter what I say

So long as I sing with inflection

That makes you feel that I’ll convey

Some inner truth of vast reflection.”

The music of the song is only eight chords that are continuously repeated throughout the whole song. The song called to question how musicians have one catchy melody, or hook, and after that it doesn’t matter what is sung because “the hook brings you back.”

Because of this, finding a musician today who does something new, something creative and musical, is so special. Just because you take pictures, it doesn’t make you a professional photographer. What makes one great at their field is doing something that is both unique and has quality. What is something that is original and of good merit? That’s the million dollar question.

In the 1920s-1940s. Jazz music exploded, everyone liked this one genre. But it began to die. It died because people liked it too much. Suddenly there was a jazz musician in every club across the country and on every corner: it was everywhere. Internet is doing to modern music what these clubs did to jazz.

The internet is killing the music industry. Thirty years ago, your only access to music was walking to a store and purchasing a record. And if you heard a song on the radio you liked, that was it. There was no replaying it, there was rarely a way to learn the lyrics except for listening. The internet created a new way to distribute music and make a profit.

Musicians themselves are being ripped off because they are not getting a fair amount of money for the art they make. So who does? Music producers and recording companies. Because of this, the musician is an asset for financial reasons. When money is distributed, roughly 63 percent of the money go to the record labels, and 24 percent go to distributors. That leaves 13 percent for the band. Within that 13 percent, money is divided to the singer/band members, lawyers and managers.

This means for every singer that sells a song on itunes for $1, they make about 2.3 cents, a little more if they wrote the song as well. This makes music companies a financial machine.

The companies throw a new musician in the spotlight, make their money and move to the next one. Like a cookie cutter, they grab musicians who relatively have the same style and know they will obtain a profit. They do not care about the quality of the music. Music today is not about being good, it’s about being profitable.

In some sense, the music has always been a form of making profit. But there are more people today who think they have the “it” factor that make them good. And you even have some musicians who blatantly say they are trying to sound like old school musicians. That’s not music, that’s imitation.

So my suggestion would be to listen to music from the past. Compare it with modern day. Broaden what you listen to, find something new and different. Be selective and not quick to like everything you hear. And maybe try playing an instrument, singing, and writing a song. Some of us will be the next generation of music, and we should have quality before quantity. Let’s make sure that tomorrow’s music will be different and original.