Possible modifications to the schedule 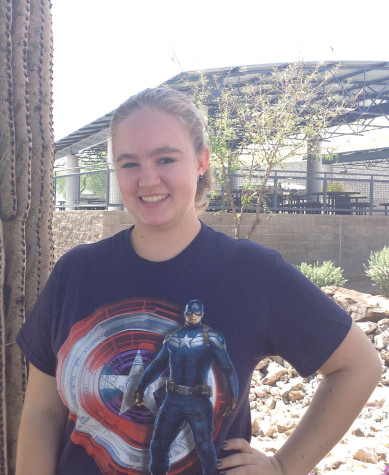 Currently there is a bill in motion that will ban Arizona schools from starting school before Labor Day. This would mean that our school year could not start before September 1 and would end around June 30.
Personally, it is kind of hard for me to see how much better this really is than starting mid-August and ending mid-May.
Sure, it’s hot in August and I definitely don’t want to be in school, but how could June possibly be any better? Isn’t it hotter in June?
To me, summer stretches all the way from May to August, and September is still pretty hot too, so whether or not we’re in school in August or not really doesn’t make a difference to me.
I actually really enjoy having June to do whatever I want. In the past few years, we’ve planned a short trip to California before our main trip to Minnesota at the end of July.
I like having all this time in between the stress of school and the stress of a big family trip, to hang out with friends, and to sleep in and not have to worry that I’m running out of time to do all my annoying AP summer assignments.
However, a positive side to having no school in August is that we would be on a more similar schedule to other states.
My cousins, who live in Minnesota, don’t start school until Labor Day, so when I see them at the end of July they’re amazed that I have to go right back to school and they still have half of their break left.
And for some reason I always feels like June goes by in such a flash that it becomes the end of July, and back to school.
And the worst part is that by then your summer assignments still aren’t done because you assumed you’d have all of July to do it still, and now that’s gone.
So maybe having school start in September would relieve that stress. I would be able to focus on my vacation and not have to worry that all my summer assignments are due in a week.
But knowing me, I would probably just waste August too. I think it would be harder though, mainly because I would be so used to that “It’s August, school’s starting soon” mindset, because that’s what I’ve grown up knowing.
One of the reasons the schedule is the way it is, is to allow the most time possible for learning before all the standardized testing in April and May.
And we all know how awful all those standardized tests can be at the end of the year. Do we really want to have less time to prepare for those and more time after to waste on meaningless information that we might never need again?
I don’t think we do. Just think, if we were a whole month behind in lessons, and we still had to take the AP tests in May, would you be prepared?

One of the reasons they want to change the schedule is because they think it will be more energy efficient to air condition schools in June than August.
To be completely honest, I’m not even sure if that’s a valid argument.
We live in Arizona. We have the air conditioning on 8 months out of the year. You can’t tell me that it’s that much hotter in August than it is in June.
It’s hot all the time here. It’s just a standard in Arizona. Nothing they can do can make enough difference that it’s worth changing the schedule most of us have grown up with.