The consequences of the Suez Canal blockage 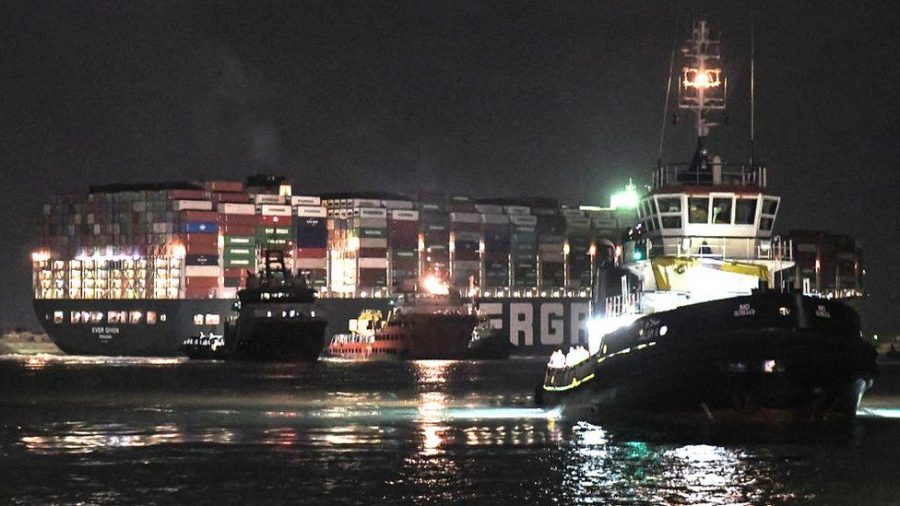 ISMAILIA, Egypt- A huge container ship, the Ever Given, that has been stuck in the Suez Canal since Tuesday, March 23, was finally freed nearly a week later, therefore, clearing the passageway. But how much of an impact did this incident have on the industry?

For the ship itself, the Ever Given is 1,312 feet long and has the capability to carry up to 20,000 containers. At the time of the blockage, it was carrying 18,300 containers.

When the ship became lodged sideways across the canal, it was caused by an impact of the ship with the ground. Though, many believed it was the wind to blame as the wind speed recorded at the time was 40 knots.

Six days following the initial blockage, with the ship still trapped, there were 369 other ships stranded, awaiting the reopening of the canal which caused a huge hindrance on not only the shipping industry but the economy of Egypt as well.

The underlying problems that the blockage caused are more than someone would expect as about 12% of global trade was impacted. Chairman of the Suez Canal Authority, Osama Rabie, estimates that the canal’s revenue was losing out on $14-$15 million daily. Rabie also said that there would be an investigation done to see who would be responsible for paying for it.

Similarly, Lloyd’s List’s data suggests that the ships waiting for the Ever Given to clear were holding up an estimated $9.6 billion worth of trade each day.

As a result, Allianz, a German insurer, said that analysis shows that the incident could cost global trade anywhere from $6 billion all the way up to $10 billion and reduce annual trade growth. A shipping broker, Braemar AMC, spoke with the Wall Street Journal and said that renting vessels to ship cargo within the Middle East and Asia also jumped up 47%.

While this may seem like a lot of damage already, the true economic damage for not only countries and trade, but businesses as well can’t be fully determined until all ships originally stuck by the blockage can resume and catch up on their losses.