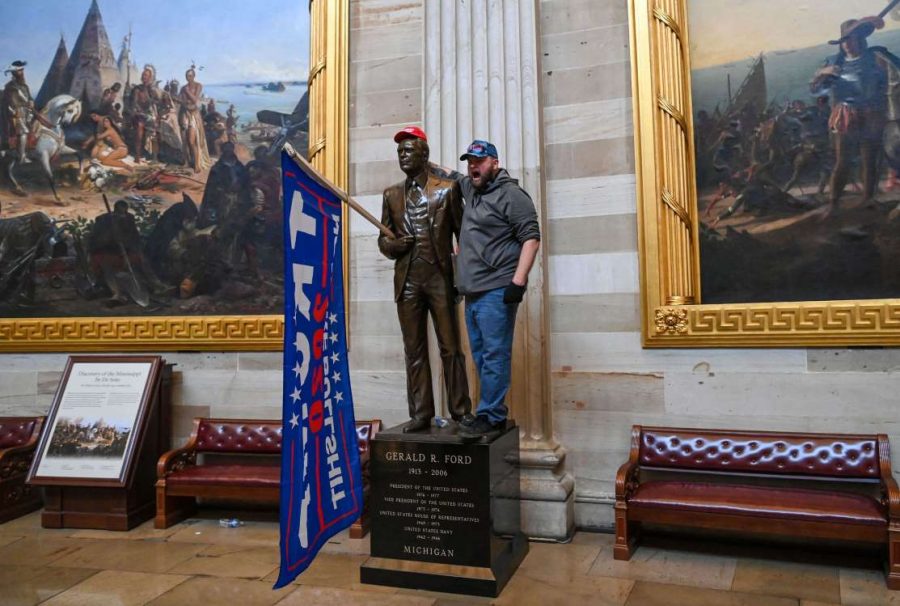 On Jan 6 thousands of Trump supporters angrily stormed the Capitol building in an attempt to express their extreme discontent over President Trump’s 2021 election loss. With intense sentiments that the election was stolen and fraudulent, these people took the matter into their own hands. Accompanied with heavy metal bats, an array of guns, piles of Trump merchandise, and boiling fury, this group stomped into the Capitol, trying to get inside.

After nearly four years of outrageous actions and questionable conversations, the American public as well as members of the House of Representatives and the Senate pushed for the impeachment of President Trump for the second time, immediately following this horrific event. Trump’s general actions over his entire term had already angered much of the public, but inciting violence on this level was the straw that broke the camel’s back.

Since the results of the election surfaced, Trump has outright denied their validity. He continues to profess to the public that the election was fraudulent and “stolen” from them. In speeches, on Twitter, and at numerous rallies, Trump has encouraged his supporters to fight back. He has projected his intense anger onto his supporters, and led them through stages of violence.

““We will never give up. We will never concede. It doesn’t happen. You don’t concede when there’s theft involved,” Trump said. “Our country has had enough. We’re not going to take it anymore.”

This quote was taken from the speech Trump gave the day of the riot. In that same speech he told the crowd to walk to the Capitol building, to fight for “the truth”, to not give up, and to stay strong. He repeatedly reminded his supporters of how the Democrats rigged the election in Joe Biden’s favor. His lies spewed hate and spread the message that he wants people to stay strong and stand firm.

Rightfully, these actions have resulted in a call for impeachment and an immediate invoking of the 25th Amendment. Nancy Pelosi, along with additional members of Congress, is heading the push for impeachment. Seeing as his term ends in a short time, the trial is expected to be swift and precise.