Students and teachers have varied reactions to moving back online 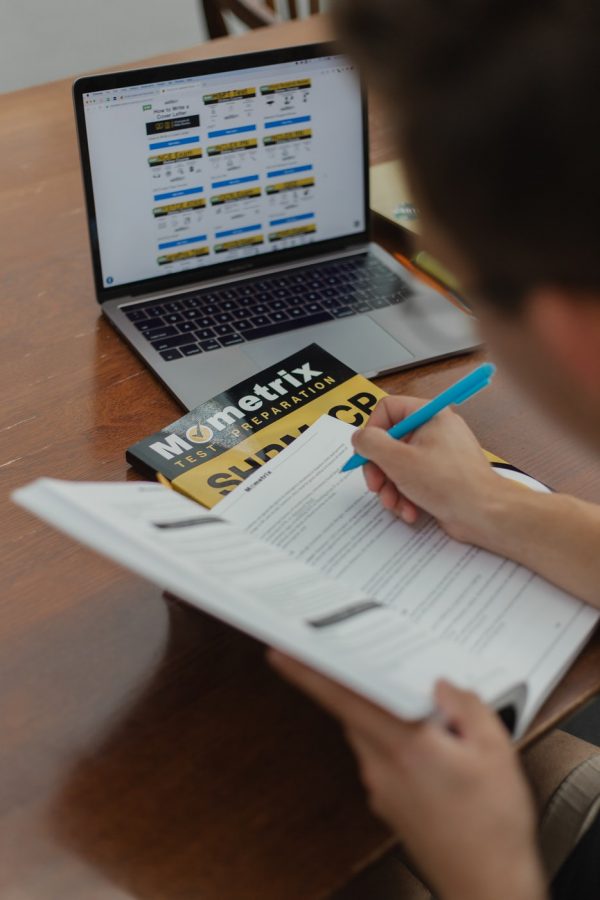 Due to the drastic increase in new COVID-19 cases throughout the district and Arizona, the Deer Valley Unified School District governing board decided that schools will not be returning for in-person classes for at least three weeks after winter break. Students and staff at OHS have had varied reactions to the news, but mostly positive and understanding.

Going back to virtual learning will have a significant effect on students, as many did not do well with virtual learning at the beginning of the school year. School is a place where students are able to socialize, and many students struggled with the lack of socialization during virtual learning.

“At first I was excited, but then I thought about what it would be like to actually go back online,” said Everett Clark, sophomore. “I wasn’t excited that I wasn’t going to see people in-person, because school is the main place I see people.”

A distinct downside to virtual learning is that it can affect different people in various ways. For some students it is harder to focus, but some find it easier to manage their time at home.

“I focus better online, because I can manage my time myself, and not have a bell controlling me more. I have more time to study during the day,” Clark said. “Some students might be worried just because they don’t do well on online school, because I know a lot of people whose grades had dropped doing online school during the beginning of this year.”

Furthermore, there is the teacher’s perspective. Along with students, many teachers also struggled during the beginning of the year. However, with the experience they had during the fall, it might be easier for some to re-adjust.

“I think that since we had to do it during the beginning of the semester, most teachers, including myself, will be able to adapt back since we’ve already done that,” said Darrell Hudson, AP world history teacher.

Many teachers know that going back to virtual learning is a necessary precaution due to the rapid spread of the virus in recent weeks, but they also understand that it might not be the best option for some students.

“I understand the reasoning for it due to the rising cases, but I also understand that most students don’t want to be online and they would rather be in-person,” Hudson said.

The number of new cases in Arizona have been rising for a lengthy amount of time, with some school districts in the valley closing in early December. Many speculated that the district would close sooner, rather than later in the new year.

“I wasn’t surprised, I’m shocked that it took [the district] this long to actually announce it,” said Makenzie Klug, senior. “Tons of other districts in the state have been shutting down, and the COVID-19 cases have been rising; it was bound to happen.”

Another angle that can be taken when viewing the closure of schools, is how effective it will be. Some cast doubt on whether this will stop students from gathering outside of school.

“I don’t think it will really affect cases within our school, because I know a lot of students like to do activities outside of school, and they could still get the coronavirus that way,” Clark said.

One way that can prevent the spread of Covid-19 is through vaccinations. Although there has been a vaccine approved by the FDA, there is a long way till enough people are vaccinated.

“I think that they should keep [schools] closed longer, at least until a vaccine is actually distributed, because they could just end up opening and then shutting down again,” Klug said.

Many worry that there will be people that refuse to take the vaccine, increasing the danger of opening schools back up. Some students think that the COVID-19 vaccine should be a requirement to attend school.

“Usually when you go into middle school they require you to get certain shots before you go to school; it should be the same with the COVID vaccine,” Klug said. “If you don’t get the vaccine then you don’t go to school. Because it would keep everyone safe and no one would get sick from [school].”

“I’m sure [the district] made most of their decisions based off of their consultations with the health department,” Hudson said. “I wanted the [district] to do what’s best for our class, our school, for our district.”