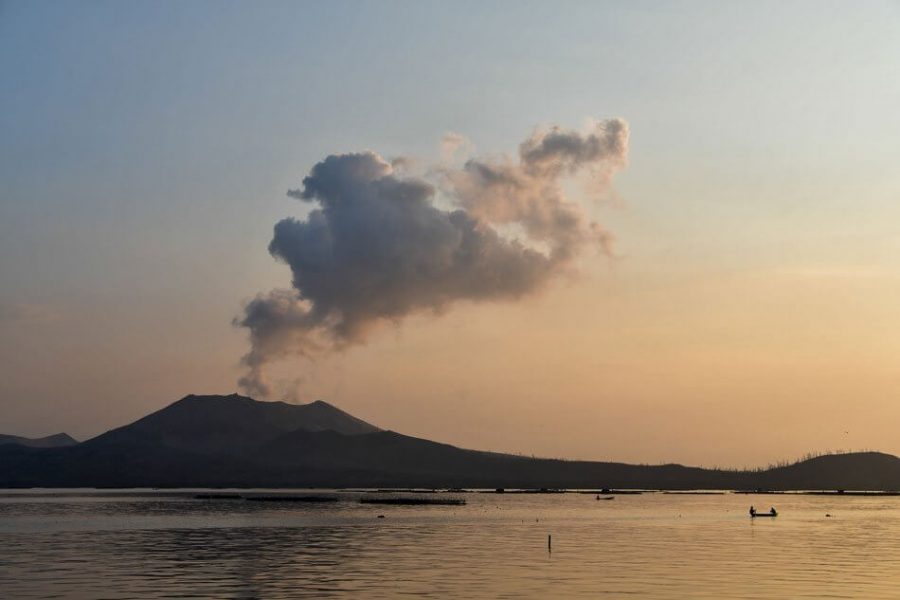 It is now the fourth week of terror in the Philippines as Taal Volcano threatens to erupt once again. Ever since that horrific day on Jan 12, residents in the Philippines are still unsure of how to recover from this disaster, especially since it has not been deemed entirely safe to return to their homes. While Taal Volcano continues to be dangerously active, the Philippines is trying their best to cope with the perilous situation, at home and abroad.

The aftermath of the first eruption put the area surrounding the volcano on high alert, but recently, the Philippine Institute of Volcanology and Seismology has announced that the volcano has lowered to Level 3, meaning that there may be minor eruptions in the specified area. Regardless, Taal Volcano has been experiencing disruptions that seem to be increasing the threat of a natural disaster. Multiple volcanic earthquakes have occurred, showing that there is magma movement in the volcano.

However, with magnitudes only reaching up to Levels 2-3, the volcanic earthquakes are not creating huge consequences. In this case, the earthquakes are being felt in nearby locations, but thankfully, minor damage is the result. Still, Taal Volcano continues to show signs of instability within its core. According to state seismologists, white, steamy plumes were discovered to be flowing out of the top of the volcano, signaling further chances of eruption.

Due to the persistent seismic activities and magma, Filipinos remain hesitant to return to the destruction that they used to call home. Areas, such as Batangas and Tagaytay, are major centers of families, but Taal Volcano has proved to be a disruption that is making it difficult for them to recover. Evacuation centers have been a lifesaver for the people to find some sort of shelter, and blessings are constantly sent to the rescuers who are risking their lives to save those in the midst of the volcano.

Filipinos around the world are sympathizing with this prolonged tragedy that is happening in their home country, and the Philippines is taking advantage of this opportunity to spread the word in order to receive more help. Updates are given abundantly through global news, and notices are becoming more common in the Filipino television channels. So now, it is becoming easier for people to find ways to give through their finances and resources. Even though Taal Volcano endures, the spirit of the proud, supportive Philippines lasts longer as people work together to give hope to those who have suffered.