Let’s get down to business: students enlist 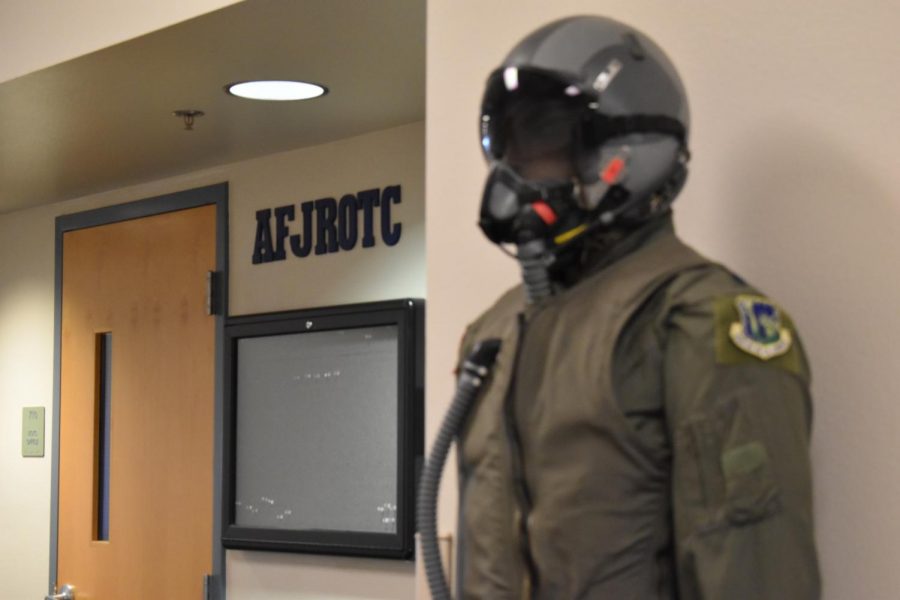 The AFJROTC program is the one of the first steps many recruits take in anticipation for their military careers.

As a senior in high school, the pressure is on to start figuring out what the next step is. For many that’s college or university, others it’s a trade school, a few even go straight into the workforce, but there’s a select group of individuals with something else entirely in mind: the military.

Within the military there are five branches: the Air Force, Army, Coast Guard, Navy, and Marines. With more than 800 roles in the United States Armed Forces altogether it can be just as rigorous enlisting as it can be applying for college. Many seniors have already completed the enlistment process, including Espen Swenson whom has enlisted into the Army.

The process is a long one. After talking to a recruiter, there’s paperwork which includes character references and personal history, followed by a visit to a Military Entrance Processing Station (MEPS) where they look into medical history and run a series of physical check ups. When this part has been completed, recruits take the oath of enlistment and are granted a contract for the military occupational specialty (MOS) they’ve qualified for or have chosen which can come with a signing bonus depending on the MOS.

Although some may falter under the pressure the whole process builds connections and a community forms amongst the new recruits. As the recruits find themselves surrounded by like minded people, they bond and create new kinships. Skylar Annesi, senior, has enlisted in eight years of active duty in the Marine Corps and just finished his MEPS processing.

“I was around my kind of people so it made [the MEPS process] less intimidating having guys around you with the same interests, just having time to talk to them, and ask them what they were going to do with their lives,” Annesi said.

Enlisting into the U.S. Armed Forces comes with its benefits. There are different rewards and requirements for both the Montgomery G.I. Bill and the Post 9/11 G.I. Bill, both of which provide for veterans aiming to continue their education, but the payout could be anything from job training to years of tuition for college. Many recruits come to rely on this financial aid to support them through their pursuit for higher education. Daniel Wheat is one of these seniors hoping to pursue college after his service to advance him in his military career.

“I plan on enlisting into the air force. The main job that I want is in Operations Intelligence. I’ll probably do that for a couple of years until I have to go to college, I’ll become an officer after I go through college, then go from there,” Wheat said.

The process of enlisting and the commitment involved can also weigh a large deal on the families and friends of recruits. There’s a mix of pride and stress involved throughout the entire process from all parties involved.

“With my parents, I’m the last kid so they’re a little worried [about health issues] but… they’re more worried about me leaving; they want to make sure that I have a good footing with my career and that I get a good start,” Wheat said.

Aside from worrisome parents many new recruits also have significant others that they have to leave behind, although some have a boyfriend/girlfriend waiting for them one new recruit in particular will be leaving behind a wife. Joe Weygant, a senior who has started the enlistment process into the Marine Corps, is also engaged to senior, Thackery O’Leary. The two plan to wed in December, a few months before they have to part.

“It terrifies me because he’s planning on going into an active war zone so that raises the stakes. He wants to fight for our country but I also want him to be around. I want him with me, I want him to be safe, I don’t want him to be in harm’s way, and I don’t know if that’s selfish [of me] but in the end I am proud of the choices he’s making,” said O’Leary.

With such a wide variety of positions to fill, and benefits to reap many people flock to the military to serve their country.

It is important to remember that the military is “not a last resort thing it can be your first choice it really is just a great way for you to prepare for the future, it’s a great learning experience, it’s a great financial experience,” Swenson said. 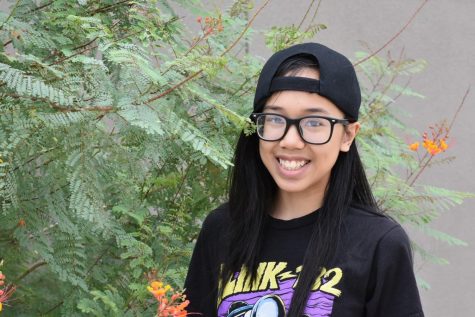