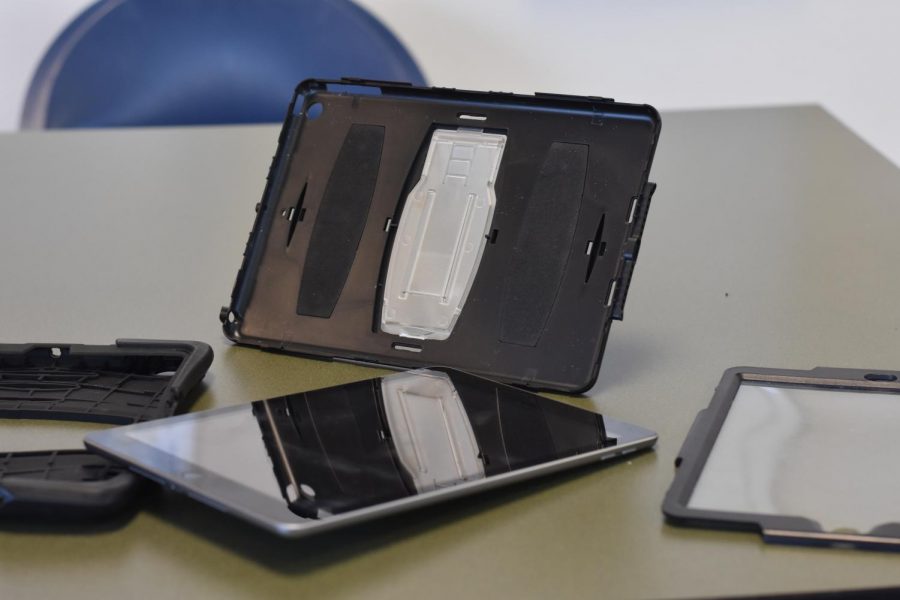 The first week of school, students put together their iPads during ELA.

In the past, orientation meant coming in towards the end of summer and requesting parking spots, receiving iPads, and purchasing other necessities before school started. This year, that was not the case.

Instead of coming in over summer break, students gradually received their iPads throughout the first week of school, starting with seniors and ending with freshmen. Although this change may have fixed some problems, it caused a few as well. Lauren Kisicki, senior, is one student who voiced her issues with the new orientation.

“For every single one of my last four years I have had schedule errors. I have fixed them at orientation in five minutes. This year it took five days to fix my schedule error. I didn’t have a sixth hour for five days,” Kisicki said.

Using the first week of school as a replacement for orientation proved to be an issue for resolving schedule errors. It took longer and became more of a hassle as the errors piled up.

“There was a pack of kids in the counseling office every single time I went in, trying to get their schedules fixed. People were hounding the security staff constantly trying to get a [parking]spot. It was just ridiculous and I don’t know who it helped,” Kisicki said.

Although issues occured when it it came to fixing schedules and getting parking spots, the iPad distribution went smoother with the new change.

“It seemed a little better because there was more focus on the iPads, [and] on getting the iPads out,” said Gail Salameh, school librarian.

Students received their iPads steadily throughout the first week, one grade level at a time. In spite of the fact that it was a slow process, in some ways it helped decrease the amount of  technological issues that were a nuisance in previous years.

“We didn’t have as many technology problems because students didn’t all start in on the technology the first day of school. It wasn’t creating havoc with the server and we didn’t have strange little problems with Apple even though we did have some later on in the checkout, it wasn’t as bad as in years past,” Salameh said.

Even passing out the IPads had its problems. Handing out the iPads, starting with the upperclassmen, presented a disadvantage for the underclassmen, specifically freshmen who did not collect their IPads until that next Monday.

“I think it was kind of upsetting because we couldn’t even use our iPads the first day we got them. And freshmen we got them last. We were the last people to get our iPads and so we had to set them up at home and then we could finally start using our iPads,” said Amelia Long, freshman.

This new way of orientation presented just as much difficulties as it did solutions. Although much of the technical difficulties were solved, complications for the students seemed more prominent. The change in orientation may not have been as beneficial as originally hoped for.

“I know for my sister who is a freshman and didn’t get her iPad until monday of the next week of school, she didn’t do anything in her classes. And especially when you’re taking rigorous classes that have a lot to fit in, in a semester and in a year, we don’t have time to lose. And that is what not having the iPads did for us, we lost time,” said Kisicki.