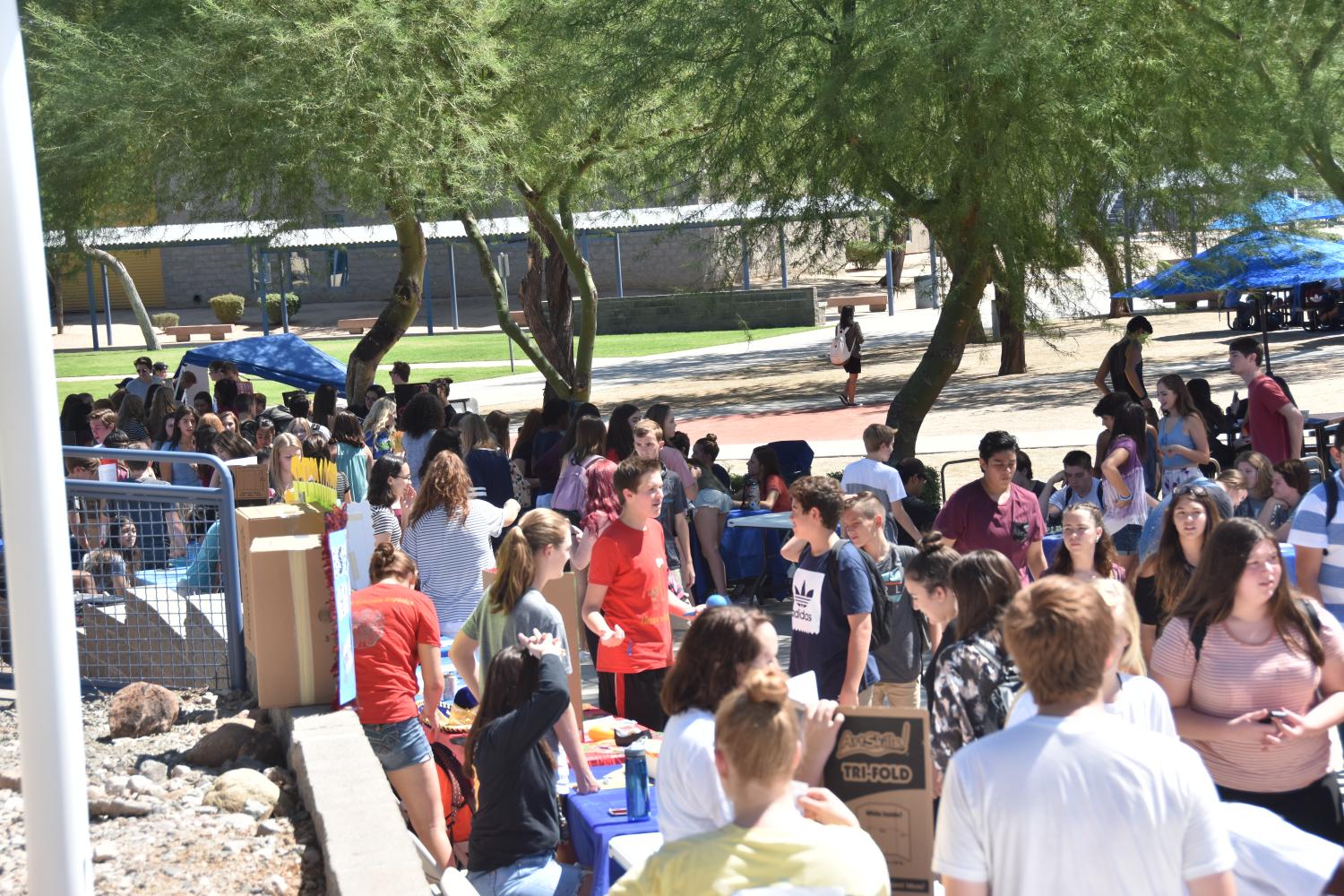 Students walk through the crowds of clubs.

Another club rush kicks off the year getting everyone reintroduced to all the clubs the school has to offer.

“It is pretty much the same every year,” said Marc Mur, administrator of club rush.

“The only thing that is changed is that we are not going to be up under the armada like we normally are,” Mur said.

This new change in venue put club rush in the walkway between the new picnic tables and the cafeteria area. This was very helpful to both the clubs and the students who looked at the clubs.

“It was really crowded with all the lunch tables in the way, so we decided to move it to the walkway to spread it out a little more,” Mur said. “this makes the whole idea of club rush work a lot more.”

This helps out the clubs by a lot because it gets students to come to their clubs. One member from the board of Model UN.

Just from one day alone they got 45 new members to their club, making club rush a huge success for their club.

“I was with four different clubs and we all had over 60 people sign up, so I personally see it as a success.” said Javangula.

This helps students find the clubs they really want. If students think there is not a club for them Mur said there are around 40 to 50 clubs that show up to club rush every year.

Even after all the clubs and there still is not something for students, they can create their own.

The process is not to hard to begin with, because all students need is a teacher who is willing to sponsor them and a paper from the office that puts all your club’s information and confirm the creation of your club.

Overall club Rush was a major success once again.