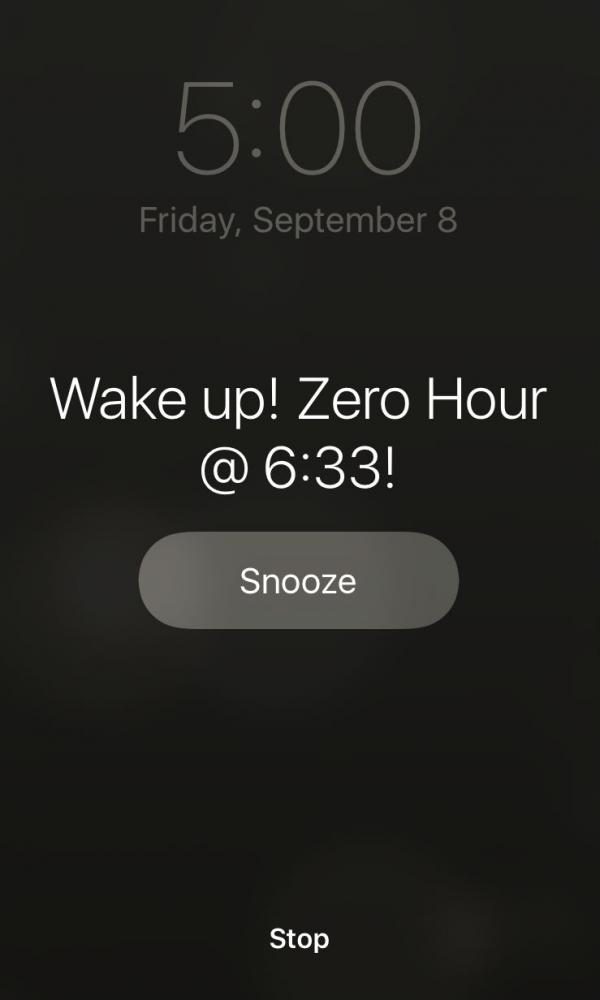 Zero hour students start an hour earlier and have to arrive to school earlier than the rest of the student body.

Waking up early is the norm for students across OHS who choose to take a class before the average school day starts. Zero hour was introduced this year as a new way for students to get the most out of their school day where students start class at 6:33 am and work before their first hour.

Zero hour classes are offered to juniors and seniors and are a way for the students to get out an hour earlier. Petie Zufelt, senior, takes government during zero hour.

“I did it to get out earlier and I was going to be up that early so I figured i’d just take the class,” Zufelt said.

Lots of students take advantage of the early morning classes in order to get out an hour earlier. Seniors can use zero hour in order to get a half day and leaving school early while taking more classes.

“If I didn’t take [zero hour] I would get out after sixth hour and I thought there was no point in leaving an hour early just to come back for activities.” Zufelt said.

Another reason students choose zero hour is if they are going to be on campus early already.

“I have to get to Hackamore so early anyway so I figured I might as well make it worth it,” said Samantha Stewart, senior.

Stewart is taking econ during zero hour and doesn’t mind waking up because it’s not anything different for her, she also likes not having to stress in the morning.

“The best part is that I can always get to class as early as I want and Mr. Weyker is always there so I can talk and wake up,” Stewart said. “It’s nice because I’m already here so I don’t have to worry about being late to school or anything.”

However there are a few downsides to taking zero hour and arriving to school before it starts for the rest of the student body.

“I have to retake tests and they ask if I can come in before school and I have to say no” said Stewart.

However, as eagle hour begins every Tuesday and Thursday, zero hour students will be able to do test retakes and tutoring when they can’t before school.

Zero hour is a way to get the most out of your high school experience by making it worth it to get out early. You take classes you’d need to take anyway and get extra afternoon free time for other activities.