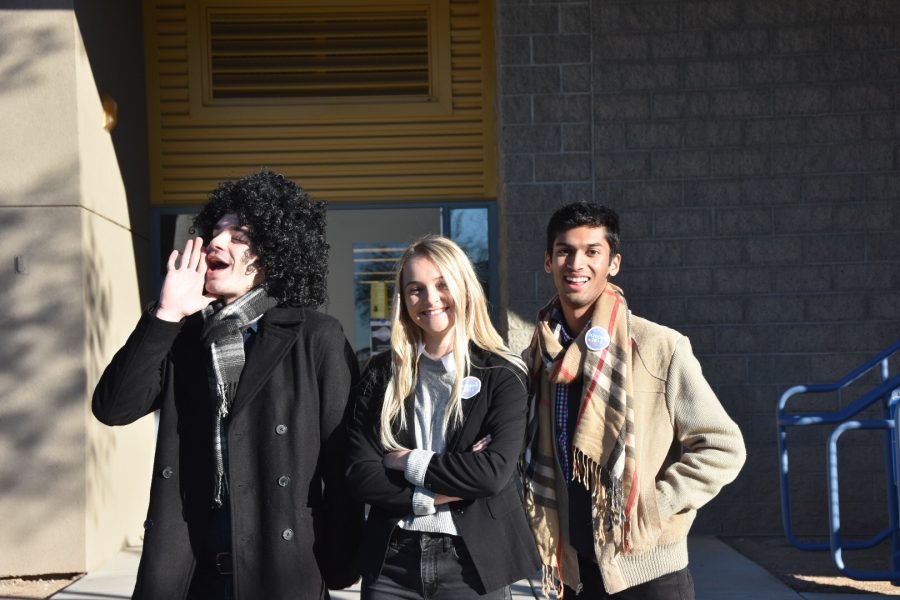 Spirit week’s theme of being a watcher or player continues on Wednesday with students dressing  like their favorite movie/television character. A ‘player’ would be encouraged to dress like this while a ‘watcher’ would wear normal clothes.

The idea received positive feedback as students had the same appearance as icons that can be seen on television and the silver screen.

Senior students Mattie Jones, Seth Moller, and Owais Salahudeen dressed as the characters from the television show “Parks and Recreation”.

“It’s the first show I’ve ever binged watched and we all fit the parts,” Salahudeen said, dressed as Tom Haverford from the show.

Seniors on campus are participating in their last spirit week at OHS.

“This is my last. I’ve never done character day until this year,” Salahudeen said.

Thursday will be thrill seekers, having students dress in ripped jeans and leather. Friday will be class colors day and will be the school assembly.