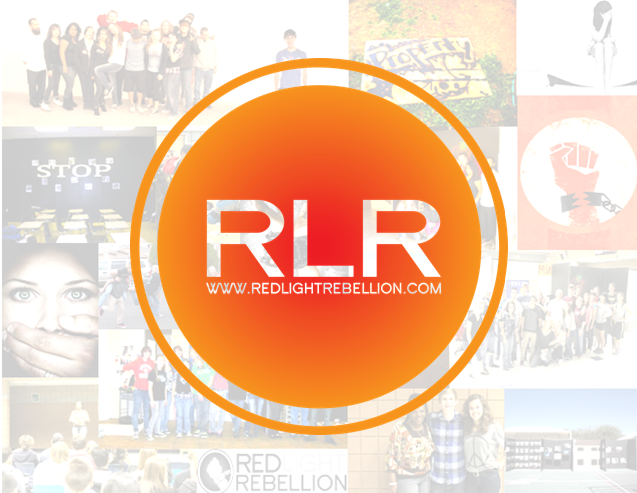 Music filled the halls of each passing period last week, catching the attention of all the students walking the halls of OHS. A murmur of confusion settles, but everyone goes along with it nonetheless. Twitter accounts of many students have tweeted wondering the origins of this music and for what purpose it serves. This attention is exactly what the members of the club Red Light Rebellion were looking for.

Red Light Rebellion is a club that raises awareness against sex trafficking. The club was officially started two years ago by current president, Amy Ponce, senior.

“When I was a freshman, someone with the Red Light Rebellion company came in during health class,” Ponce said. “She was talking about it, and I just connected with it because I’ve had situations like that. Not me personally, but people that I’ve known, and I just felt like I needed to make a club here and help others from being in that awful situation.”

The biggest part of that club is education. The main goal of the Red Light Rebellion club is to give people knowledge about the issues of sex trafficking going on around them so maybe one day there could be an end. Getting people to know about what is happening to tens of thousands of people around the country is essential for the continued support of this club.

“I enjoy teaching people about this subject. I enjoy actually doing something to help, because this is a serious situation. It’s not like something that should be taken lightly, and I like informing people about it,” Ponce said. “We have social media, people can spread the word. They can tell people about the website that we have where people can donate. Just talk to their friends, parents, adults, teachers, and have everyone know about it.”

Currently, the club has about five active members. The club is relatively new, and is just starting to be recognized among students. The more people hear about the club, the more people could become interested and get involved.

“I’d like for the students here at O’Connor to take this seriously, ”Ponce said. “I want students to join in and help out, spread the word, take this seriously. I know some people say ‘oh, that won’t happen to me, I’m not going to participate,’ but it could happen to you, and it might happen to you. You wouldn’t want this to happen to someone you know and care about. You don’t want your little sister, your little brother, your older brother, your boyfriend, your girlfriend, your mom, your dad, involved in this. It can happen to anyone.”

Some of the clubs members have a more personal connection to the cause. Red Light Rebellion offers a great support system for anyone who might’ve gone through a similar experience to the ones they’re fighting.

“When I was in my freshman year, I was raped,” said Sonora Magel, senior. “I didn’t deal with it very well, and there are a lot of things that I regret about that time. When the club first started, I was scared. I just didn’t want to be at all apart of things like that. But, having joined it, it makes me feel a lot better about everything. I look at my own experience in a completely different way. Instead of victimizing myself, I am now redeeming that and helping to prevent things like that. I’ve had some of the most rewarding experiences with it. I’ve gotten a lot from it.”

Members of the club are not the only ones who can help. Anyone can do their part by simply speaking up.

“The biggest thing is talking about it,” Magel said “That’s one of the biggest problems the club has had the past couple years, just because of how taboo all these subjects are. That’s really detrimental to society, because people don’t know what’s going on. If people don’t know, how are you going to prevent it, stop it, change it, any of that? I think the biggest way, is when things like this happen, speak up. Speak up to people who can do something, speak up to anyone.”

This club is trying to tackle an extremely controversial and important issue, and getting students to speak up would help them tremendously.

“Right now, in January, we have music playing during passing periods,” said Amy Ponce. “That is to get students here at OHS to know that we’re doing a fundraiser. Our main goal, I believe, is to earn $5,000, and right now we’re a little bit past $1,000, and we have the rest of the month to go. We’re trying to meet that goal.”

The biggest thing is getting people aware of the issues and understanding what it is so it can stop.

“Sex trafficking is not something anybody deserves,” said Sonora Magel. “The thing I have lived by since everything that happened freshman year is that you can say as many inappropriate things to a person as you want, you can send as many pictures of yourself as you want. But, no matter what you say, no matter what you send, nobody deserves to be put in that situation. Nobody’s asking for it, and it’s never your fault that you were there. It’s just terrible and it shouldn’t be accepted, it shouldn’t be around.”