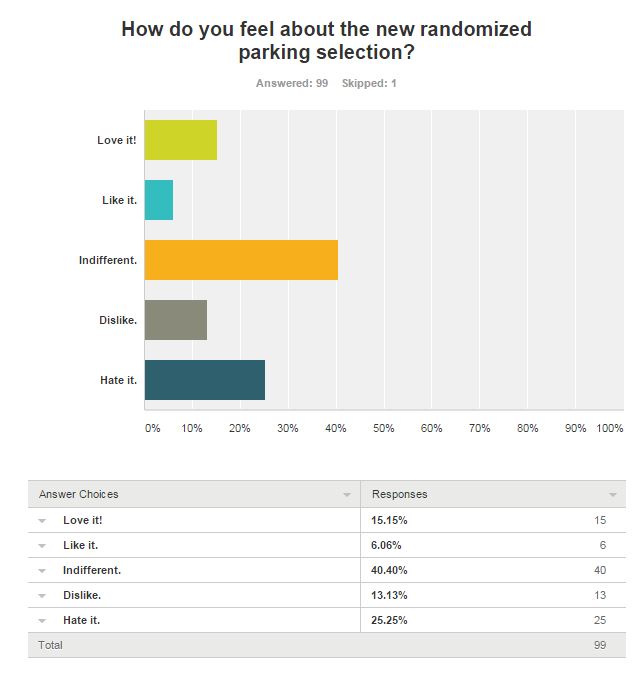 Those quarterly grade checks for parking spots have certainly become more costly in the 2015-2016 school year. Parking prices rose from an annual 40 dollars per year, to now being 100 dollars per school year. This increase has not come without its naysayers.

“It’s kind of frustrating,” said Erin Hiestand, junior.“If they need it to go higher then I guess that’s fine, just tell us what it’s going for.”

However, Jim Migliorino, DVUSD Deputy Superintendent of Fiscal and Business Services, has an answer to the 150% increase.

“We think that our parking fee may not have been increased since it was implemented, over a decade ago,” Migliorino said, via email. “We determined that the increase in our school parking fees from $40 to $100 would be be used to pay the cost of one existing high school monitor position.”

Audrey Langdon, senior, has more of a problem with how the higher fee was introduced to students in the first place.

“It wasn’t really mentioned, it just kind of showed up,” Landon said. For next year, Langdon proposes the price be lowered, but not as low as the previously used $40 fee.

Thomas Pratt, lead monitor at OHS, would not predict another change in the price next year, but cannot definitively rule it out.

“I’d be very surprised if they did, but at the same time, I can’t predict that,” Pratt said.

Changes in pricing are not the only differences in parking this year, as the method to determine which students obtains which spot was generated by a lottery.

“The lottery was to help prevent the concert atmosphere where kids are lining up early in the morning, being on campus when they shouldn’t be,” Pratt said. “We still time stamped everything, but it was something that the computer randomized.”

While Hiestand may not have enjoyed the price increase on parking, she has been pleased to see the lottery method take effect.

“I thought it was good that we didn’t have to wait in line overnight to get a good spot,” Hiestand said.

Some students, on the other hand, do not like the uncertainty the lottery leaves in where students could end up parking all year.

“I like it but I don’t like it,” Langdon said. “Someone who could turn it in late could still get a better spot than you.”

Regardless of overall student opinion on the changes to OHS parking, Pratt is relieved to see generally good behavior in the lot thus far.

“Students just need to be really responsible,” Pratt said. “We haven’t seen a lot yet, but I think it’s been overall pretty good.”