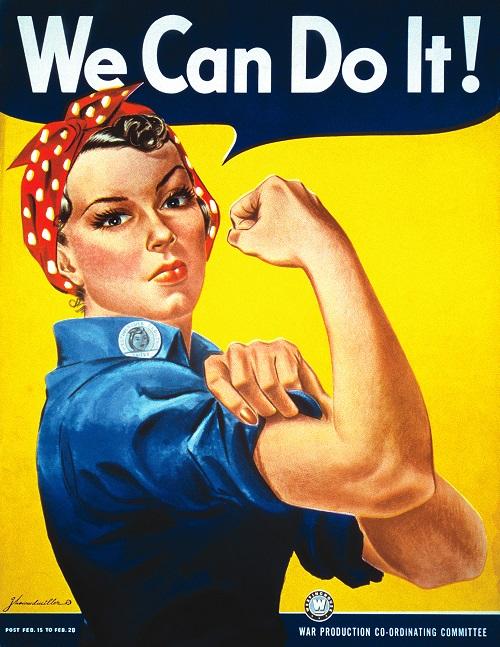 Recently, you might’ve heard of a movement for men by men called “Meninsim” that seems to constantly be circulating on Twitter.

Gender roles seem to be perpetuated by “movements” like this. And why? Because somehow both genders feel they’re inadequate in today’s society?

If a guy so much as carries a girl’s purse or doesn’t have everything centered around him, then he, and more often society, sees him as unmasculine.

But this can be harmful to women too, by expecting them to be thin, kind and perfect; it’s an issue for both genders by forcing them to conform to a certain mindset.

From birth until death, people are made into a mold of either “girl” things or “boy” things and anyone who likes the opposite one is either a “tomboy” or “gay.”

The question is, how are gender roles approached in high schools? And are they important for a child’s growth or are they just hindering them?
“I certainly notice trends in classes. Child development mostly has girls in it and one boy who thinks the prettiest girls are in that class. It’s because that is usually seen as a place for women.” said Nicole Duquette, assistant principal.

Psychologically, boys are more aggressive than girls due to testosterone and girls have a larger amygdala than males in their brains, which processes emotions.

“Boys are discouraged from showing emotions. Girls are expected to act in ways to be girly and attract boys instead of using their minds and intellect.” said Kyla Morrissey, a psychology teacher.

Throughout history, men and women have lived very different lifestyles. Typically it was women in the home and men in the workforce.

Today, women can work in fields far beyond the reach of what women in the past thought was possible.

“While I think many households are still somewhat traditional, gender roles have blurred somewhat. Men can be a little more sensitive and emotional without experiencing too much fall out and Alpha women are more mainstream.” said Tiffany Ellis, an OHS history teacher.

Gender roles may not be so bonding anymore but people today definitely still conform to them.

“I think many teenage girls want to be independent and reject traditional roles but at the same time subconsciously play to traditional stereotypes without realizing it. I think teenage males still want to be seen as “manly” to both females and their male peers. It shows their strength, which is glorified in our society” said Ellis. “How the two sexes interact has pretty much remained the same over time. I also think that some students are more accepting today of transgender identities, whereas in my high school experience, these identities were not accepted.”

Cindy Knoll, a AP Calculus and honors math teacher, is a prime example of a “woman in a man’s world.”

“My feeling is that if you are competent in your job and you are ‘team player’ your sex is irrelevant.” said Knoll.

It’s been a stereotype for years that boys are better in school and smarter but, for example, there is a 12 year old girl in the UK with an IQ higher than Stephen Hawking according to to The Telegraph.

“Some people say that teachers may treat male students differently than female students,” Knoll said. “I would say that each student has their own set of strengths and weaknesses. I think teachers try to address the needs of their students regardless of their gender.”