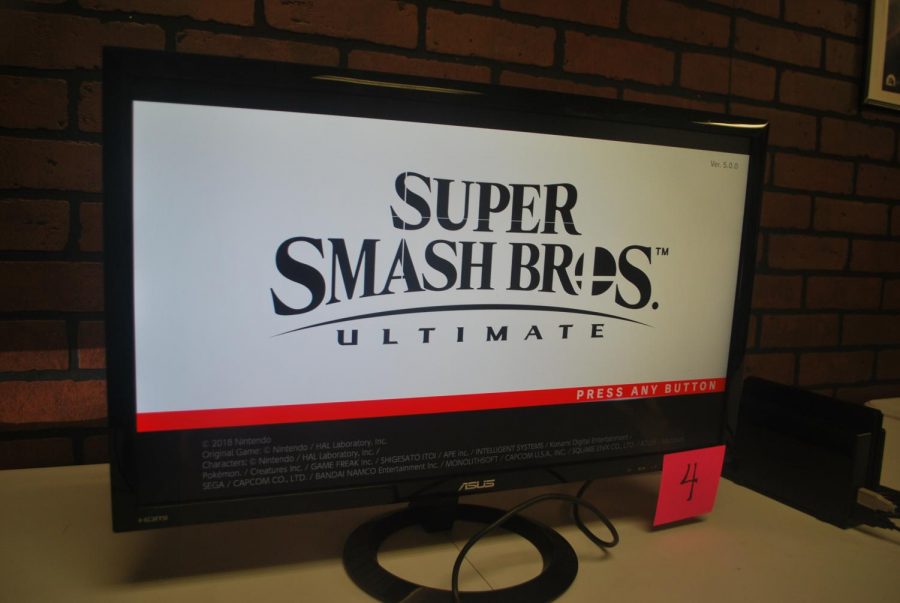 One of the many monitors for the tournament contestants.

The ESports scene is still up and coming and one such game is Super Smash Bros Ultimate. There are tournaments happening all across the Valley, from Glendale to Gilbert. There’s a company called TriForce Collectibles that helps to host some of these tournaments, along with some of the colleges here in Arizona.

TriForce Collectibles hosts a tournament every Friday night at their Glendale location. The group SAKGaming hosts weekly tournaments all over Maricopa County, and once a month, they host a tournament called Ascension usually in either Chandler or Gilbert. TriForce Collectibles opened up this past February and has been hosting these Super Smash Tournaments since the end of July. The group SAKGaming, has been hosting the Ascension and weekly tournaments since the release of Super Smash Ultimate back in December of last year, and this next Ascension Tournament coming up will be Ascension X.

Yale Chung, sophomore, is on the Super Smash team and is planning on attending the GCU tournament and more after that.

“I heard about the Discord through my friends and they sent me the link and that’s how I joined. I want to go to the GCU and more after that,” Chung said.

Josh Hafer, Math teacher and advisor of ESports club at OHS, has high hopes for the Super Smash team portion of the club, and is coming up with plans for the future. Hafer is planning on working with Grand Canyon University to host a tournament for ESports club.

“We’re holding a tournament on Nov 2, which is a Saturday, and we’re having it at GCU, just for OC kids, and then for any other college kids that are there, too. But then we’re going to hopefully start weekly practices starting soon and if we can get students to start bringing in Switches, and then start going to more tournaments,” Hafer said.

Ian Olds, co-owner of TriForce Collectibles and the person who runs the Super Smash Tournaments, started these tournaments so that people on the west side of the valley have a chance to participate in tournaments without the need to travel so far.

Hafer is planning to set up a station for Super Smash Ultimate during the fall festival on Oct 25, $1 per ticket, you play until you lose, or until you win three in a row.

“We are having Smash Bros on multiple Switches. It will cost $1 per ticket for a round, if you win you play again for free, if you win three in a row, you get a prize. We’re also going to advertise for the GCU field trip, sell chips and drinks, and recruit for our other games like Overwatch, League of Legends and Rocket League,” said Hafer.