Hockey gets the spotlight it deserves 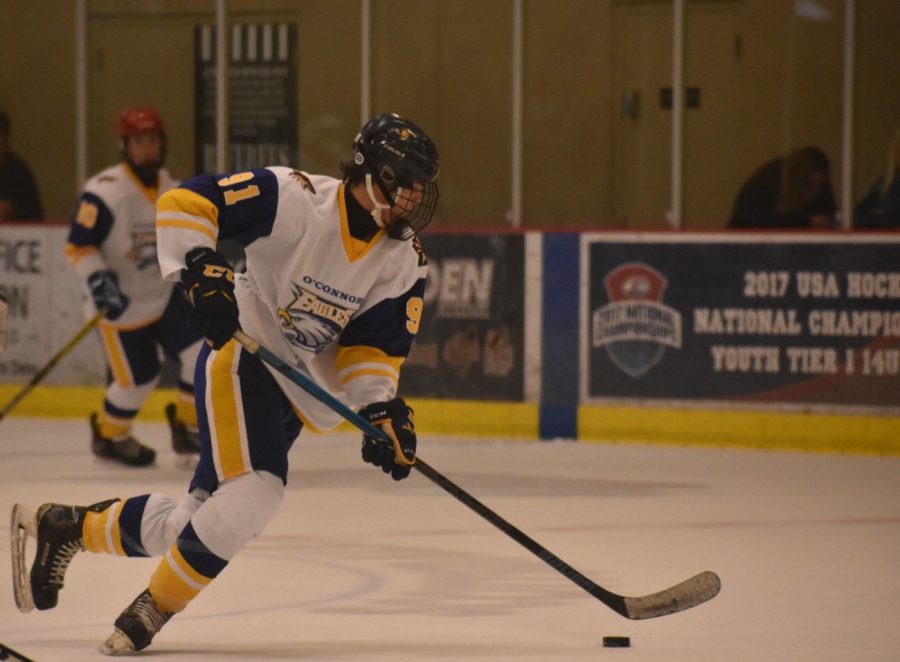 Colin Fritsche, Senior at OC and Center for the team, rushes the enemy goal hoping for a score.

“WHACK!” The puck rockets into the goal as the crowd goes wild. This is the usual fair for OHS’ hockey team. On Aug 24, the hockey team started their seeding games at Ice Den Scottsdale to start seeing where their players work best and get a good feel for the team before the upcoming season starts.

With so many different teams on campus, many students do not even realize that OHS has a hockey team. This mostly falls on the fact that they are technically not with the school making having the O’Connor name, but not being with OC awkward.

“It is really odd repping someone else’s name, but at the end of the day I go to O’Connor and play on an O’Connor named team,” said Gavin Moriarty, senior.

This disconnect creates an unnatural feeling for the team as they know where they belong in spirit, but technically the only aspect linking the two is the name. The lack of connection with the school proves to have an effect on their overall seat count.

“All in all, myself and the rest of the team are very excited for this year and we hope we can get the school rallied behind us and come out to the games for support,” Moriarty said.

The team hopes that this year they can reach a much wider audience because they want to pack more seats than they do now. This came as a surprise, especially since they were runners up in the championship last year. Despite the fight for relevance on campus, they have very high hopes for the upcoming season.

“We have a good base for our team and then the rest should fall into place after that. Then it is just another grind back to state playoffs and hopefully we can pull through this year,” Moriarty said.

Gearing up and getting ready to do well in the upcoming season could be difficult when a team is from many different schools.

“I wish I went to OC to be with my teammates, but in general I’m a very loyal person so getting to rep the eagle makes me feel special,” said Nicolas Delli Bovi, senior at Paradise Honors High School.

Bovi expresses how being on the team without going to the school is not as hard to manage as it seems. The team easily gets along with each other, and the disconnection makes them even closer friends rather than just classmates or teammates.

“We have to pay everything personally and try to get some fundraisers set up whenever we can,” said Bovi.

Despite all the obstacles and setbacks the team faces, every member of the team seems to overcome them all and enjoys being apart of the OHS family.

“I believe that we can make another deep playoff run again because we have a good team behind us and everyone wants to win no matter what,” said Bovi. 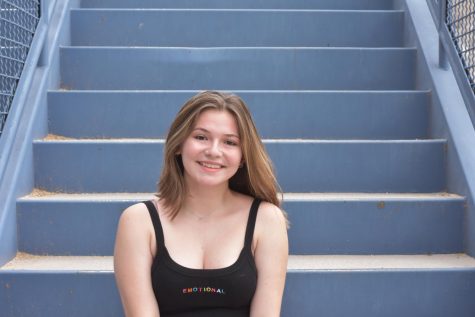