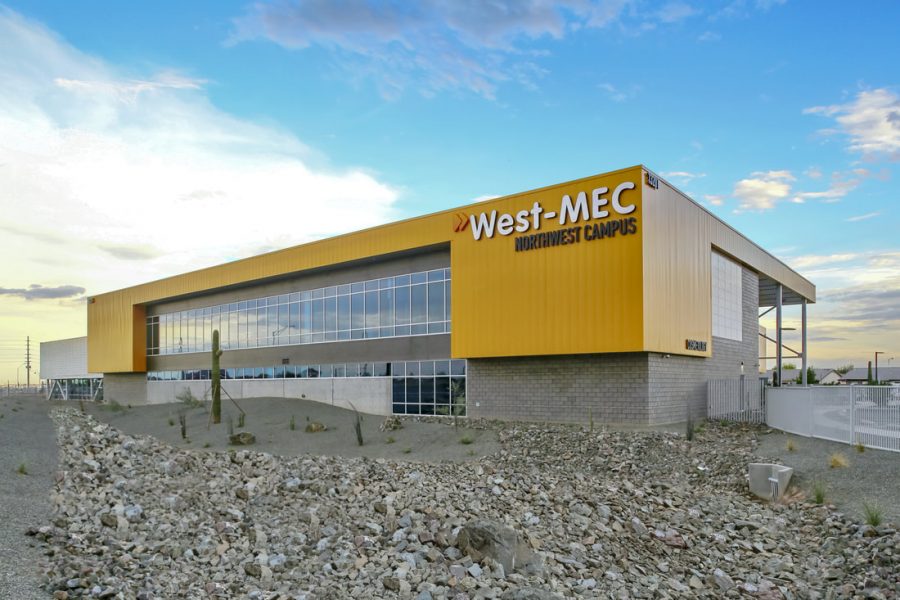 The biggest problem that most students in high school are worrying about is not likely their future occupation, but rather some minute details that will not have a large effect on their lives. However, some students have already planned for their future and have chosen a career path that they want to explore. Many of these students go to West MEC in order to take more specialized classes that will help them succeed in their field of choice.

One of the students in the West MEC program is Grace Roberts, senior. She is studying nursing and feels that the program allows her to get ahead of the pack.

“We’ve just been learning all the different skills that I would need to be a nurse in the end so I think it’s really helpful to get ahead of other kids that are just starting out in nursing and don’t take the West MEC programs,” Roberts said.

Ian O’Donnell is a senior studying law enforcement, and he also feels that West MEC helps him obtain necessary skills well ahead of other students.

“It would essentially give you a leg up because you already have the basics down; you just need to refine them more but as you keep practicing through the West MEC program then it’s just for [your own benefit],” O’ Donnell said.

Ari Corcetti, a senior in the cosmetology program, explains the basis of what they learn and do.

“We learn physical things like coloring, cutting, perming, nails, some makeup stuff, but other than that we learn professional development like how to talk to people, how to suit your client because the most important part is doing what your client wants and making sure they’re happy and feel good with what you’re promoting,” Corcetti said.

However, being in the West MEC program does have some drawbacks. The drive from OHS to West MEC can take about 20 minutes and the classes often happen in the middle of the day, both of which can disrupt students’ schedules.

“I think it does [mess up my schedule]. It can be really hard because I’m there for two hours every single day so it can be hard sometimes,” Roberts said.

Students who have jobs and go to West MEC are also affected. Sierra Johnston, a senior in the dental program, feels that West MEC does disturb her work schedule.

“I have a job so I have to change my availability hours and I can’t work until 5 or 6 because it’s like 40 minutes away from my house, so it takes 40 minutes to get there and home and I have to go straight there after I get out of school,” Johnston said.

Additionally, West MEC can take up time during the school day, meaning that students miss some class periods. In order to overcome this, students have to get ahead or make up credits so they can meet graduation requirements.

“I’ve been ahead on my credits since I was a freshman cause I did online over the summer but I had to quit marching band for it, mostly because I was getting burned out from the season that I had already done,” said Corcetti.

Despite these setbacks, West MEC students feel that the experience they get is well worth the struggle.

“I would say [it’s worth it because] the class itself is relatively fun so even though you’re at school and learning, you’re having a lot of fun doing it, granted that is the instructor and the people in the class, but it’s something that you’re willing to give up to learn about a field you’re going to go in,” said O’Donnell.

Overall, most students say that they would highly recommend West MEC to other students.

“West MEC definitely helps you get ahead and prepares you and most of the places that you go to, like mine is part of Gateway Community College, they have community college standards so it’s a lot more [adult-like], everything is a lot more individualized and I find that helps me better than anything,” Corcetti said.

Johnston also feels that West MEC will positively impact students in their futures.

“It’ll help you get a better start into your career pathway that you want to take going into college,” said Johnston.