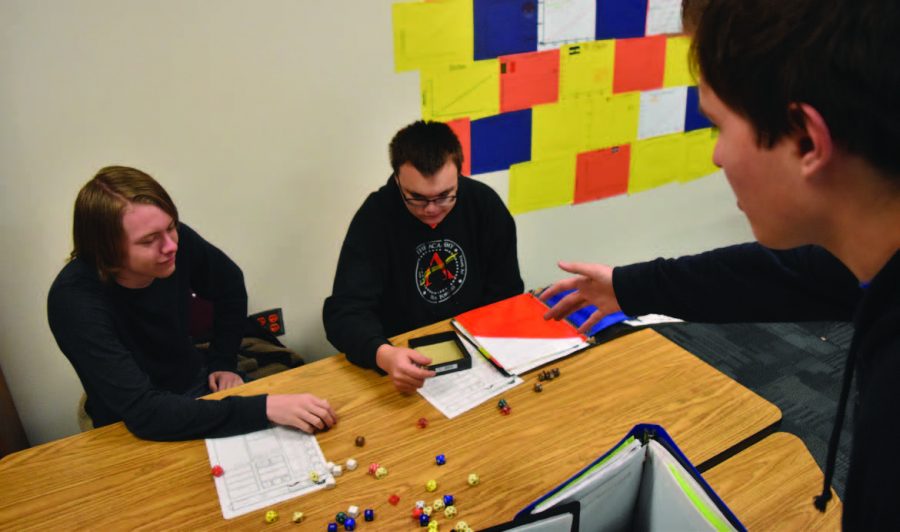 Two of these clubs that we will take a look into are the Knights of Pen and Paper and NHS. Although both clubs have similarly changed the ways they run to an extent, they both are doing well and enjoy the climate and events they have in store for the rest of the year.

Karson Knudson, junior and treasurer of Knights of Pen and Paper, talks about how the variety of people at each meeting contributes to the quality of the club’s environment.

“We have seen a slight decrease in members, but we found that the members who do end up being kind of sporadic attending once in a while,” Knudson said.

Knights of Pen and Paper, which mainly focuses on Dungeons and Dragons, also focuses on other games too.

“At any given time we have at least a few different people playing some different board games and then the rest of them playing Dungeons & Dragons,” Knudson said.

The laid-back atmosphere that the club has taken on since its formation in August is what Knudson says makes it fun.

NHS also has a great deal of new events occurring, including many new service opportunities that are making a positive impact in the community. Rahul Javangula, senior and president of NHS, explains how the focus has been shifted towards community service.

“We’ve always had the goal of having upwards of 30 community service events for the entire year and that’s still going on,” Javangula said.

One project that didn’t necessarily carry over to the spring, but still somewhat remains in the form of private help, is their Study Buddies program.

“At this point we are individually assigning people just because it’s easier and a little more time efficient, so tutoring is still going on and we’re getting it across but Study Buddies as a whole never really worked,” Javangula said.

Overall, through all these events and community projects, the club is additionally setting a strong infrastructure for next year’s NHS class.

“We are really just focusing on getting everyone their hours, getting the board ready for next year, pretty much getting everything ready for the new class,” Javangula said.