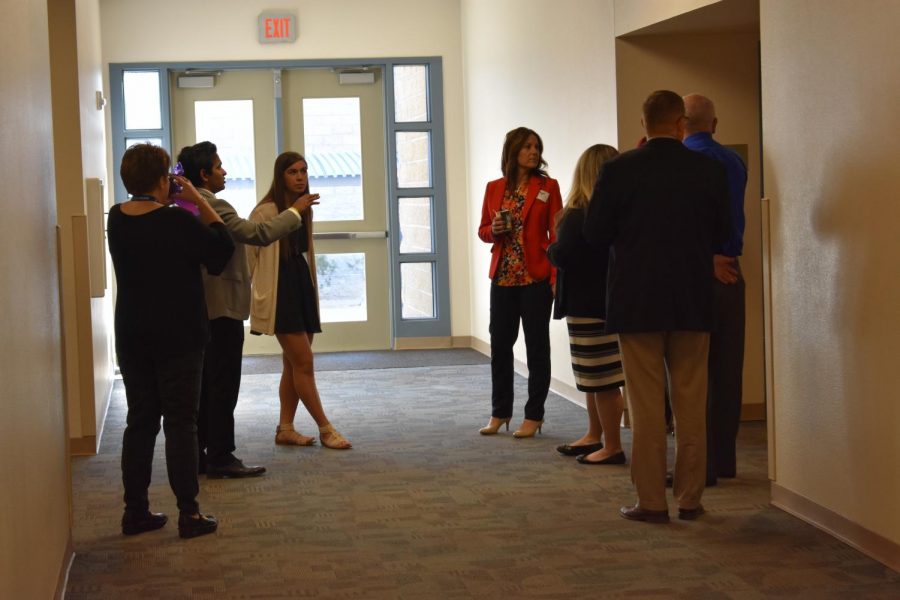 A+ evaluators take a tour of the classrooms at the school to interview students.

On Thursday March, 5, Sandra Day O’Connor had an A + evaluation. The school had been preparing for this day for a while before Thursday.

A+ is a ranking system for schools that allows favorable advantages over other schools by making our school look more high standard then the other schools.

Students might be wondering how does this affect them?

“Not only does it help students it also brings new students to the school,” said Kimberly Heinz, Assistant Principal.

Heinz explained that the A+ attracts new students that move in from out of state and that they even scout out high schools.

The A+ was something that looked very enticing for recruiters and made the recruiters bring up our schools more over all the others.

Now how does this actually affect the students already here?

“It makes it easier to get better programs and bigger chances of getting funds for those programs and it looks good on your resume for either college or a job,” said Heinz.

This means that students would have a leg up on the outside world when attempting to impress colleges or managers with their resumes.

The A+ rating gives us that extra medal to show off. It also gets an extra advantage over the rest and really make you stand out over other schools.