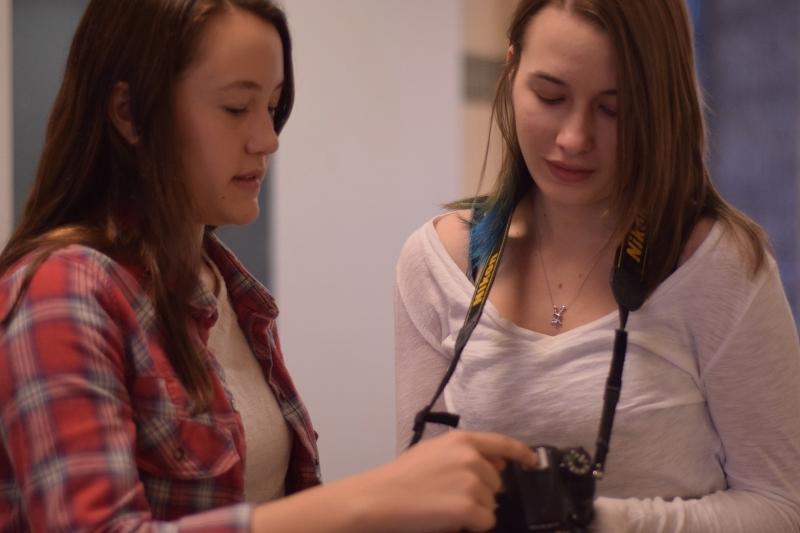 The competition started Feb. 10 after school at Boulder Creek where the theme and regulations were announced and teams gathered. Out of the five teams gathered, two were from OHS media productions classes.

The theme was “Love and Friendship” and the competitors had to incorporate a balloon and the line, “Is that seat taken?” in their video.  They also had to keep the video from 90 seconds to five minutes in length.

“I think that the line and the theme fit each other well,” said Bryce Sutter, sophomore, who was a contestant in the competition. “With the balloon piece, there were a bunch of different ways we could have incorporated it.”

The five teams then had Friday and Saturday after school to work at either schools. The videos were due Feb. 16 by 2:10 p.m.

“I like the fact of having more time to perfect the video, but I do like the restricted time because sometimes before I would get lazy and tell myself I’ll do it tomorrow,” said Ryland Holeman, junior “But with the time restraint there is a strong motivation to get it done.”

There will be a premiere date announced later this spring where all the films will be played and the winners will be announced.