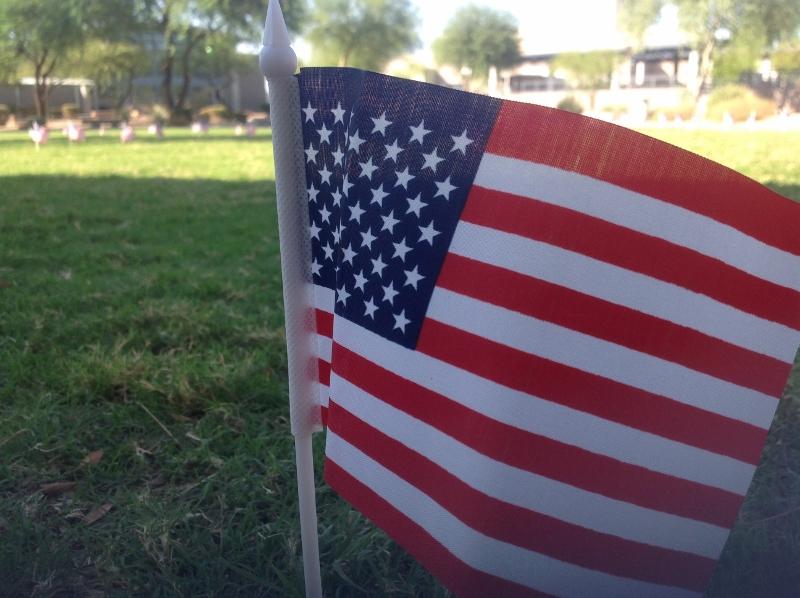 14 years ago, two passenger planes were hijacked and flown into the World Trade Center, an event that would come to be known as 9/11.

Mass panic and uncertainty flooded the nation shortly after.This event will forever be etched into or country’s history and will serve as a reminder of just one of the many hardships we had to go through as a country.

“Events like these make me feel like I need to be more cautious about what I do and who I talk to” said Michael McGee, sophomore and member of the AFJROTC.

Osama Bin Laden, leader of Al-Qaeda, originally denied having any involvement in the attacks but later, he admitted to having helped lead the attacks. Bin Laden said he had hoped to destroy and bankrupt the U.S and had first gotten the idea after watching the high rising bombing during the 1982 Lebanon war.

Flight 93 went down in Pennsylvania it was originally on a course to Washington D.C,  but the passengers on the plane took a vote among themselves to act on the situation. The passengers on-board managed to stop the terrorists from carrying out their original attack and instead crashed the plane into a field.

When Americans look back on these events, it is important to remember the victims of these attacks. There are still 1,000 unconfirmed identities of those who died in these attacks, including some of the first respondents.

Policemen, volunteers and firemen at the scene had increased respiratory illnesses and an increased risk of cancer because of toxic materials from the collapse of the towers.

According to heritage news site. Over 50 major terrorist attacks have been thwarted in America since September 11, 2001 to 2013.This shows Together we are strong as a nation and have learned from this.