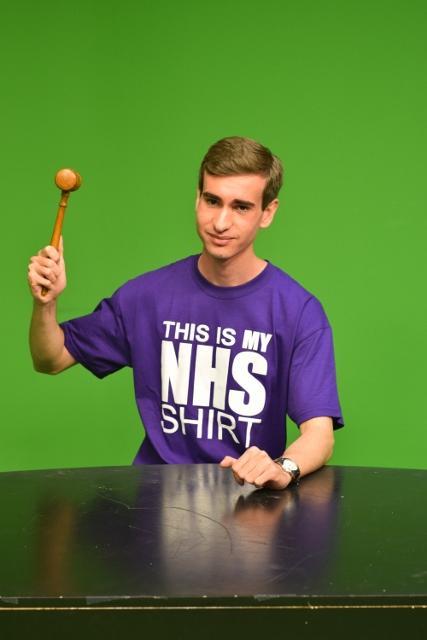 The prestigious position of National Honor Society (NHS) president for next year has been filled by Jason Paulos, junior.
Paulos is excited to take on the challenge, saying his goal is “to make next year as fun as possible, achieve as much as we can with NHS, to help a lot of people… and teach some valuable character lessons to many people.”
According to outgoing president Cara Doyle, senior, Paulos, as well as the rest of the board have already proven themselves competent with all their new ideas.
The AP Book Drive is one of the new ideas that NHS has implemented, which according to Paulos was his idea.
Paulos has high hopes for the year to come having said, “Hopefully enthusiasm, intellect and teamwork will get us through the year.”
According to NHS advisor Cindy Knoll, Paulos winning the election was no surprise.
“He wowed everyone at the elections. I mean he just came up with a very unique and dynamic speech and thought outside the box,” Knoll said.
Paulos’ powerful election speech is one of the main reasons he was elected according to Knoll and NHS advisor Ronda Cunningham.
“He had a very creative speech. He was very personable. I think he’ll do great.” Cunningham said.
The advisers of NHS feel that the club is in good hands with their newly elected leader.

“I feel that people could sense that I am passionate about leading NHS and they wanted someone like me to champion their cause.” Paulos said.