The Mandalorian Season 2 and jingling keys 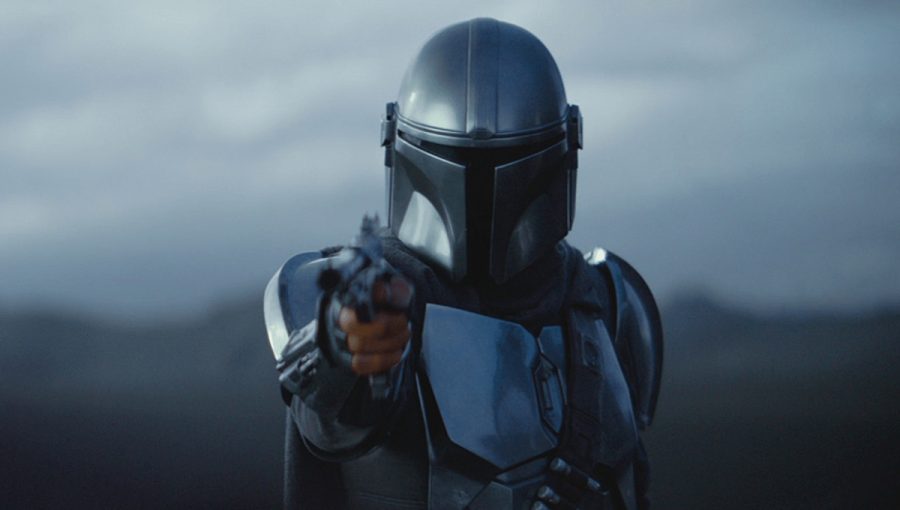 Disney Plus’ “The Mandalorian” has returned with the highly anticipated season two on Oct 30. The show is a technical marvel. Everything from the cinematography, the special effects, to the music and the set design is some of greatest ever to be put to television. Unfortunately, that’s where the praises seem to end. While conceptually fantastic, “The Mandalorian” suffers from a plethora of plot contrivances, damaging characterization, and hollow payoffs.

Season two picks up right where season one left off. Our space bounty hunter protagonist, “The Mandalorian”, is tasked with bringing “The Child” to the Jedi, while getting into the usual TV escapades along the way and meeting new characters.

Of course, the fan-dubbed “Baby Yoda” has returned alongside his detached companion. Once again, he doesn’t do much, which is fine. Baby Yoda is simply a plot device and there’s absolutely nothing wrong with that, as he can’t really do much. There is an inconsistency in his problems though. In season one, it’s established that when Baby Yoda sees Mando in danger, he reacts by using the force, which he rarely does in this latest season. Mando is in several near death situations and Grogu does nothing.

One of the biggest problems this show has is its main character himself: Mando, played by Pedro Pascal. Seasons one and two try to hammer in the idea that this particular Mandalorian is an incredibly skilled and competent bounty hunter with a heart of gold. But if his actions were to be broken down, you would start to notice that Mando is actually really incompetent.

For example, in the season two premiere, Mando is tasked with killing a giant worm with a thick hide. So, he concocts this elaborate scheme to blow up the worm when it’s a certain distance away from its cave. What Mando fails to remember going into the battle is that he has a powerful giant rocket on his back. He doesn’t use it until after his plan fails and the rocket itself proves to be a massive amount of damage on the outside skin of the giant worm. Imagine if it was shot into the worm’s mouth. They have Mando forgetting he has this rocket for the sake of keeping the episode going, the trade-off being that Mando has to act strategically inept. There are several more examples where he makes certain decisions that make little-to-no sense that damage the perception of the character.

The idea behind Mando is that he’s this stoic and deadpan bounty hunter whose heart is melted by the child he saves from death. However, the problem lies in his personality, or lack thereof. For most of the show, Mando delivers his lines with what sounds like boredom rather than stoicism with hints of charm and sarcasm. Every now and then he can crack a snarky remark and have a disposition in his line delivery, but for the most part, Mando just sounds bored. A protagonist is typically stoic when they have an immense amount of inner thought and emotions that show through the character’s actions. Mando certainly takes actions that reflect the core of the character; it’s just the uninterested line delivery from Pedro Pascal that dampens the impact of basically everything he says.

There are moments such as these littered throughout the episodes. The actors don’t feel like they are either giving their all in their performance or they’re getting poor direction from the director. Bad direction is definitely a recurring issue of the show. Characters will stand around awkwardly and deliver choppy dialogue that contains very little realism.

The show-ruining thing about “The Mandalorian” is it’s over reliance on nostalgia. Throughout the season, audiences get to see the return of fan favorites like Ahsoka Tano, ex-jedi, rogue bounty hunter, Boba Fett, ruler of Mandalor Bo-Kotan, and last, but certainly not least, Luke Skywalker. Reintroducing these characters is fine in concept, but the writers rely way too much on the novelty of these characters.

Boba Fett returns in episode six to retrieve his iconic armor from Mando. After a few minutes, our characters are swarmed by Stormtroopers and the rest of the episode is mainly Boba Fett slaughtering stormtroopers in seemingly cool action sequences. The thing is, if anyone were to slow down this huge, epic fight, they would begin to notice how incomepent the enemy forces are in order to make Boba Fett look cool. Most of the troopers are running at Boba with their blasters and refusing to fire. When a writer makes the enemy force inept, the stakes are extremely low because the audience knows that the characters will survive purely off of the antagonists’ stupidity. The writers are making the Empire, more specifically the stormtroopers, look like buffoons, despite this being the organization that had its hands wrapped around the galaxy for 20 years.

The finale of this season is probably the biggest offender when it comes to key-jingling. Luke Skywalker miraculously shows up to save our main cast at the last second. He slays dozens of killer robots only to take Baby Yoda to presumably train him as a jedi. This finale was met with overwhelming praise just because it was Luke Skywalker killing robots. This is due to the fact that Luke has been so poorly treated in the sequel trilogy. So because fans get to see Luke doing something vaguely epic, the finale is marked as “good,” when in all reality this just reveals a very depressing truth about the show.

The writers aren’t confident enough in their main characters to deliver to a powerful, well-written ending to a season. They are relying on things like the mystic “darksaber” or Luke Skywalker to get the praises of critics and audiences. The final moments of Baby Yoda and Mando saying goodbye to one another feels so shallow and unearned.

“The Mandalorian” is a “death by a thousand cuts” situation. The premise of every episode is completely acceptable, in-fact, conceptually, each episode is perfect in its ideas. It’s unfortunate, though, that these ideas are carried out unsuccessfully. The show has an over reliance on nostalgia and spectacle and doesn’t put much effort into its writing and characters. Disney Plus’ “The Mandalorian” is something to behold when it comes to its spectacle and technical aspects, but falls flat when it comes to the story itself.