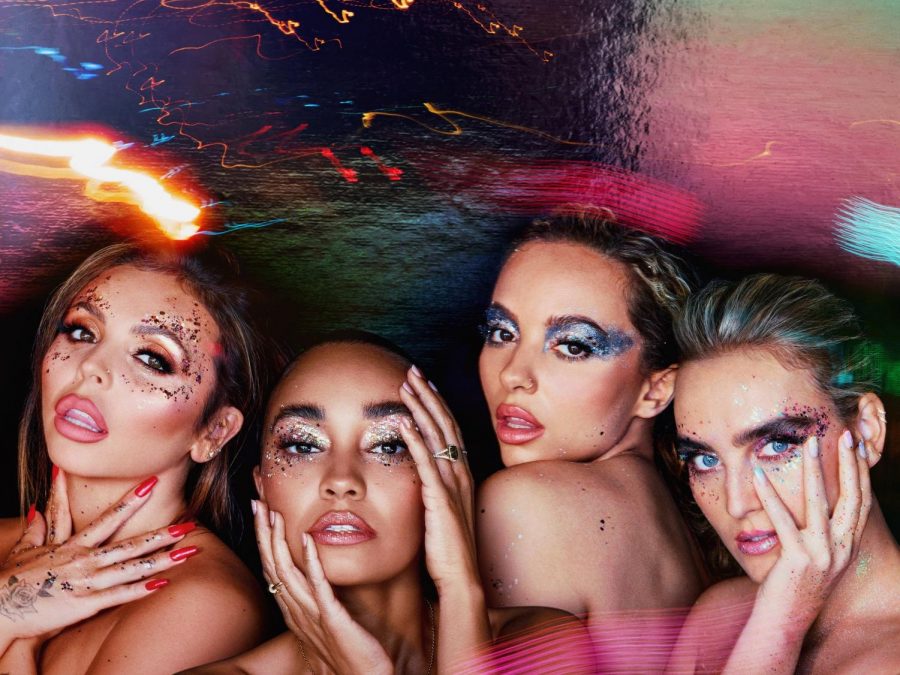 Little Mix returns to the spotlight after releasing their sixth album titled “Confetti”, where nineties influences meet modern pop. After being formed as a group in 2011 on the British version of The X Factor, Little Mix was able to create a name for themselves and go on to win more than 40 awards with their music. “Confetti” is also the girl group’s first album without being signed to Simon Cowell’s label, Syco, and is now signed with RCA.

“Confetti” was released on Nov 6, and without sparing more details, this album is a huge step up from their previous album “LM5”. It’s a much more coherent album, keeping a consistent tone and level of energy throughout, and making it a complete work of creativity.

Throughout the entire album, there is an inspiration from groups such as TLC and the Pussycat Dolls that doesn’t go unnoticed.

A single off the album, “Not a Pop Song”, happens to be a diss to their former label and boss, Simon Cowell, while still keeping an upbeat tone that can be enjoyed with or without knowing the context of the lyrics. This song also happens to be a perfect introduction to the rest of the album as this solidifies their independence under their new label and sticking true to themselves.

Fans would find familiarity in songs like “Break Up Song”, “Confetti”, and “Happiness” as they have a similar sound to songs of past albums from Little Mix. Though, growth as artists can still be seen in these songs but are enjoyable regardless.

While “Holiday” and “Sweet Melody” offer a more up and noticeable beat that doesn’t stray far from their usual sound, keeping that classic girl-group love songs that are popular with the media.

Their sounds and lyrics start to expand and go to new lengths near the last tracks on the album. A perfect example can be found in songs like “Nothing But My Feelings” and “Gloves Up”. “Gloves Up” also does a perfect job of displaying Little Mix’s strong and impressive vocal ability.

“A Mess (Happy 4 U)” and “Rendezvous” are another two songs that combine an evolution in sound and strong vocals, but “A Mess (Happy 4 U)” also flaunts their growth lyrically. Both have a bridge that feels completely different from the rest of the song, which adds a new element that makes the song more intriguing.

Lyrically beautiful tracks like “My Love Won’t Let You Down” and “Breathe” are the two slower songs on “Confetti”, bringing better pacing to the album. “My Love Won’t Let You Down” has to be one of the best songs on this album as it produces a beautiful display of vocals along with it. The last track, “Breathe”, is a perfect way to close the album as it’s not exactly upbeat, but not slow either while remaining meaningful as it displays vulnerability among Little Mix and gives insight into emotions.

While the leap Little Mix had to take to switch labels and start new may have been risky, it was clearly an amazing choice for them as seen in “Confetti”. Hopefully, this is only the start for the new direction for them as their growth under their new label should be something to watch.