Julie and the Phantoms, tell your friends 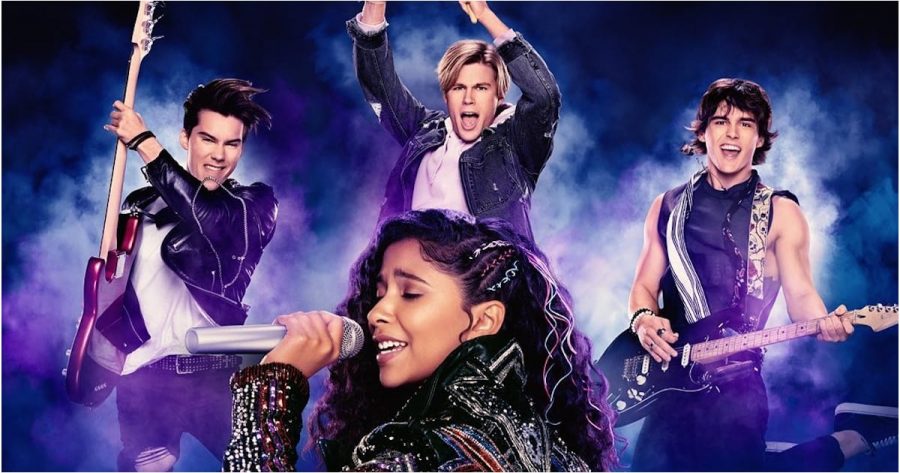 On Sept 10, Netflix released “Julie and the Phantoms”, an American version of the popular Brazilian musical comedy-drama series titled “Julie e os Fantasmas”. The show was directed by well-known Kenny Ortega, who is known for directing films, such as the High School Musical and Descendants trilogy. “Julie and the Phantoms” is open to be loved by many with the plot and humor advancing through all age ranges, despite the shock the plot may give you at first.

Julie, played by 16-year-old Madison Reyes, is a high schooler enrolled in a music program, but she hasn’t brought herself to perform since her mother died. Though, this ends up changing once she comes across a CD from a band called Sunset Curve in her mom’s music studio. Out of nowhere, three teenage boys enter Julie’s mom’s studio, Luke, played by Charlie Gillespie, Alex, played by Owen Joyner, and Reggie, played by Jeremy Shada.

Little does Julie know the adventure these boys have in store for her, she finds the ability to perform again and forms a friendship she could’ve never expected. But, no one else can see the members of Sunset Curve, only Julie.

Sunset Curve also has a dream of their own, that being to share their music with the world, and through Julie, they become visible to every lifer (what living people are called in the ghost world), when they perform together.

However, just like you would expect, not everything ends up coming easily to the newly formed band. As Julie tackling the average struggles of being in high school, Alex finds himself falling for someone that gets the boys trapped in a deal that not only threatens their existence as a band but if they will even be able to exist as ghosts anymore.

The show also offers diversity that appears to be finally finding its way into mainstream media, with Alex, the drummer of the band, being gay, and having a potential love interest throughout the show.

As the show tells the story of a band finding their path in music, songs are a major component of the show with at least one original song featured in every episode.

The songs are geared towards more of a younger audience, but that doesn’t prevent many of the songs from being enjoyable, no matter how old you are.

Despite Sunset Curve being what many would consider a pop-punk band, the newly formed band with Julie takes a more pop route to their music and that’s what’s shown throughout the series. With that, the season one cast album features all 15 songs that were in the show, and many of the songs have already accumulated more than three million streams.

With Madison Reyes being the star of the show and only 16, she does an incredible job portraying the character of Julie, and has an outstanding voice that can carry songs with or without the help of her co-stars. “Julie and the Phantoms” also happens to be a newcomer when it comes to the entertainment industry, making her performance even more impressive.

With the music and ever-progressing plot that will actually leave watchers on the edge of their seat with a season one cliffhanger, “Julie and the Phantoms” is definitely worth a watch if you have ever been a fan of Kenny Ortega’s work.

As Reggie, the bassist would say, “Julie and the Phantoms, tell your friends.”