The Rise of Star Wars Battlefront 2 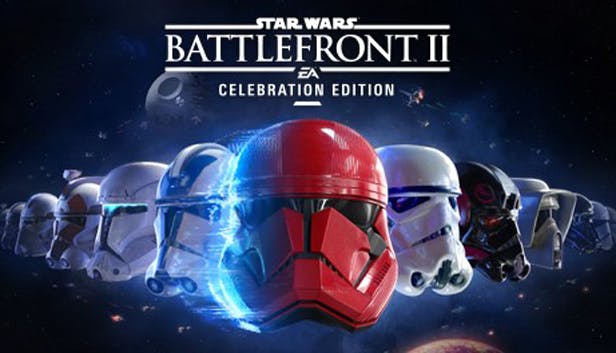 The Star Wars Battlefront 2 Celebration Edition released on Dec 5 as a refresher for the player base.

It’s been almost three years since EA (Electronic Arts) launched “Star Wars Battlefront 2”, and it went down as one of, if not, the worst game launches of all time. It’s come a long way from the microtransaction-riddled, pay-to-win based game. EA has had this losing streak since their relaunch of the “Star Wars Battlefront” franchise in 2015. Both “Battlefront (2015)” and “Battlefront 2 (2017)” had tremendously disappointing base games, but both ended up making a triumphant comeback.

Before Battlefront 2 was released, the game promised a motley of multiplayer game modes and an original story, showcasing the events preceding Return of the Jedi. The game was released and any new hope fans had was shattered. The story was repetitive and followed the journey of one of the worst characters in all of Star Wars: Iden Versio. The multiplayer relied heavily on micro-transactions; if the player didn’t want to shell out over 20 dollars for better augments, they would end the game at the bottom of the scoreboard every time. Lightsaber combat was broken, and heroes and villains were unbalanced, meaning one hero’s special ability could turn the tide of a battle and make them practically invincible.

The game was absolutely decimated in the media. After a few months of the backlash, the game fell off the radar. It wasn’t really talked about, besides the extremely dedicated, small player base.

Two years passed, and “Star Wars: The Rise of Skywalker” was days away from hitting theaters. By now, DICE, Battlefront 2’s game developer, had fixed the majority of issues and completely removed microtransactions that affected gameplay. Any real money could only be spent on cosmetics, or alternate appearances for famous Star Wars characters. They then announced a celebration edition of the game that included all of the unlockable cosmetics for heroes, villains, and troopers. Also, the game updated along with a new, magnificent trailer, using in-game graphics to show some of the events of the films.

After seeing this, many people who denounced the game gave it another try and became instantly enthralled. It’s such a departure from the absolute mess of the original build of the game and reminds players of the 2005 Battlefront 2. The game-breaking microtransactions are nonexistent and the multiplayer is relatively well balanced. Star Wars is making a huge comeback in gaming, so we can all hope that it will continue this winning streak.