The CW’s most recent crossover 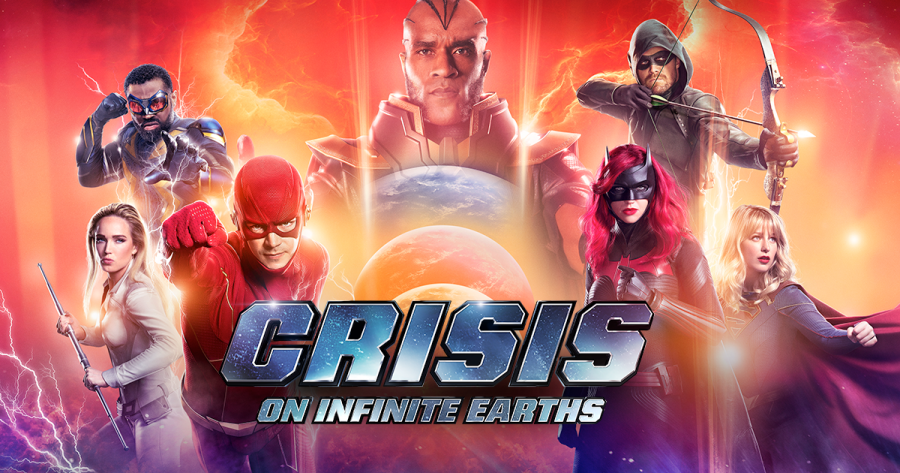 Marvel and DC have been the two largest comic book companies in the world for many years, leading to many rivalries between the two companies. More recently, Marvel and DC have been moving their way over to the big screen. With Marvel winning big at the box offices with their movies, such as “Avengers: Endgame”, “Iron Man”, “Avengers: Infinity War”, etc; DC hasn’t had such luck. “Justice League” was a disaster, along with “Suicide Squad” and “Batman Vs Superman”. However, DC has been making tv shows on the network The CW for nine years now, focusing on lesser known heroes, such as Green Arrow, The Flash, Supergirl, Batwoman, The Legends of Tomorrow, and Black Lightning.

On the shows, they’ve been working their way up towards a crisis, in which the fate of the entire Multiverse will be at stake. Ever since the first crossover back in Nov of 2016, the CW shows have been moving forward towards a major event that will destroy the Multiverse. It wasn’t until last year, though, that the teams of the Arrowverse found out about this. This year’s crossover started on Sun, Dec 8, and went until Tues, Dec 10, but ended on a cliffhanger in which the show didn’t continue until Tues, Jan 14. This kept many fans waiting for over a month for the ending of the crossover.

“Crisis on Infinite Earths” has been an interesting journey, and one many fans have been waiting for. Since the start of “Arrow” back in May of 2013, many people have been on the fence about these shows. Some people hate them, others love them, and the rest are in between. While there have been some bad episodes or seasons, they’re still good shows. Arrow and Flash have been the CW’s most watched shows for the past few years, and Black Lightning focuses on more real life problems, like racism and prejudice.

“Crisis on Infinite Earths” takes place across multiple different Earths across the Multiverse, starting on Supergirl’s Earth-29. The Monitor and Harbinger teleport Flash, Green Arrow, Sara Lance, Ray Palmer (The Atom), Batwoman, and Green Arrow’s daughter from the future to Earth-29 to defend the Earth while it evacuates. The battle takes place between them and dementor looking creatures that are the Anti-Monitor’s forces. They try to defend a pylon that slows the Anti-Monitor’s antimatter wave, which is sweeping across the Multiverse, destroying it planet by planet. The battle scene is filled with special effects that are kind of obscene and don’t need to be there, and the dementor looking creatures are very poorly CGI’d, so they’re kind of an eye sore. Besides that, it’s a decent battle scene. While defending the pylon, Green Arrow sacrifices himself to make sure more of the planet evacuates. He was expected to die, but not at this point, so it was an emotional scene for both the audience and cast, since Green Arrow was the first show and the inspiration to make the others.

The last night of the crossover ended with a bang, introducing the concept of the creation of a Justice League in the Arrowverse, soon after the heroes fight the Anti-Monitor at the dawn of time. Oliver Queen, who is now the Spectre, sacrifices himself once again to recreate the universe after the Anti-Monitor wiped the universe out of existence. The ending of the episode showed a montage of the many multiverses, showing such multiverses with Stargirl, the Teen Titans, Doom Patrol, and Oa and the Green Lantern Corps. It then pans back to Earth-Prime with Flash, Supergirl, Superman, and the rest, honoring Oliver in the Hall of Justice, and soon after, Barry, aka the Flash, reveals that he wants to create this team. They don’t call it a Justice League, but the Super Friends theme does play as the episode ends. This was a shocking moment, but exciting, as many have been waiting for the creation of a Justice League for a few years now.

What made this episode even more interesting was that Ezra Miller, who plays the Flash from the movie “Justice League”, showed up while the team was in the Speed Force. He and Grant Gustin, the Flash on the CW, shared a few back and forth funny moments, complimenting their suits. What made this so impactful is that the CW most likely just confirmed that the Justice League that we see from the big screen, exists in the Arrowverse, which could lead to something happening in the future..

The crossover was a fitting conclusion for Arrow, since Oliver was able to have his hero sacrifice and finally be at peace at the end of it all. At the end, the president of the United States makes an announcement and calls for a moment of silence for him, which brings a wave of emotion for team Arrow and the heroes of the Arrowverse, as they honor their friend.

The action in the last episode was well shot and learned from the mistakes of the first episode. There weren’t as many obscene explosions, and it was a little better shot than usual, and the fight choreography was better than usual. The CGI is still pretty poor, but with a low budget it’s understandable. This crossover was definitely a step in the right direction though in terms of fight choreography for the shows.

“Crisis on Infinite Earths” was a good series of crossover episodes, with emotional and heartfelt moments, mixed with intense battle scenes and memorable speeches. While some of the battle scenes were poorly shot or had too many obscene explosions to draw away from the action, they were still very average for the most part. What makes this crossover so good is that there is now a Justice League that exists on the CW tv shows, and they might be alluding to a team up with Stargirl, and even possibly the Wonder Twins, which would make the next crossover more interesting and definitely a must-see.