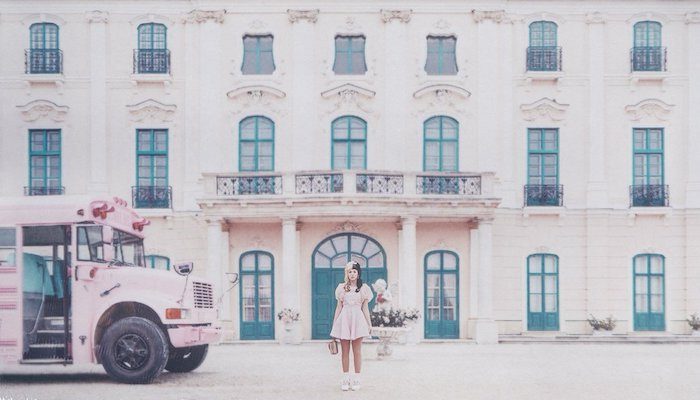 High school is known for being a teenager’s worst nightmare in a time in their life where everything feels out of place. Strict teachers, the “popular” crowd, and the always present anxiety never fail to make an appearance. From annoying bus rides to disgusting lunches, it feels as if nothing is going right. One might think, how could this be any worse? Well, if that’s terrible, “K-12” is sure to knock the socks off your school uniform.

“K-12” is a new film that was released on Sept 6 by Melanie Martinez. Martinez is a famed American singer who has been out of the public eye for a while but has returned to make her mark with a movie written, directed, and designed by her. With a soundtrack filled to the brim with all new songs written by Martinez herself, “K-12” has become a spectacle in select theaters and Youtube.

This crazy school adventure starts with Crybaby, played by Melanie Martinez. She’s completely normal, except for the fact that she has magical powers that are almost limitless. Just like many kids in her school, Crybaby sees the world a little differently through her pitch black eyes.

Crybaby pushes through the struggles as she deals with different aspects of her high school life. Blonde bullies, terrifying trips to the nurse’s office, and food fights fill up her time, and by the looks of it, it is not going well. Even her powers can not save her as she is constantly surrounded by a brainwashed society.

Everywhere she goes, the idea that people should know their place in this world is shoved down her throat. Boys should be blue and girls should be pink with no in between. “K-12” also intensifies the idea of children feeling as if their decisions are made for them. While the teachers abuse their power, there is no chance of escape as the students go through a stage of reformation, where they are manipulated into believing that nothing is wrong.

Regardless, Crybaby still holds on to her sanity and has a plan to get rid of the school for good. While she defeats ignorant principal, red-headed nurses, and bunny-headed security guards, the school is finally on the brink of extinction, but it won’t go down with ease. So, it is up to Crybaby with the support of her friends to win this school fight.

Overall, “K-12” did not disappoint as it brings something creepy yet amazing to the film world. This take on school and how it’s represented shines in a way that is far from normal, but the reality behind it is well-thought out.

The troubles that students go through at school and in their daily lives combined with Martinez’s components of fantasy make for a film that people can relate to. She makes it easier for people of all ages to find understanding and comfort in a film that focuses on issues that are dealt with in the present day. Rather than just put importance on a single topic, Martinez expands on a young person’s life with an imagination that exemplifies what one is feeling at the moment,and that is what makes “K-12” so spectacular.

Also, through her songs, Martinez adds another element that is like the cherry on top of an elaborately decorated cake. Being known as a singer, it makes sense that Martinez decided to turn “K-12” into a musical film, and she made the right choice. The songs feel very personal to her and to the listeners because as you continue to listen, it is obvious that the lyrics and melodies are not plain vanilla; they touch the heart, which is what makes a song fantastic.

The soundtrack starts off with a Martinez’s version of “Wheels on the Bus”, which transports the audience back to their childhood days. However, there’s a little twist to the famed children’s song as more adult elements are added. Although a little explicit, this intro song does a good job of representing the dread of going to school and how awful the transportation really is with context that goes above and beyond what one might assume about a school bus.

With “K-12”, things get even more personal as the focus zooms in on the student’s perspective of their life, typically their body. “Strawberry Shortcake” is Martinez’s way of showing the inconsistencies of equality for how girls and boys are portrayed in society. She sings a soft tune about how girls are seen as an object that can be taken advantage of at any moment. But rather than just state the inequality, she puts in the viewpoint of those who witness this tragedy, stating that “No one told them not to grab”. This kind of focus prevents the song from being bland, with a title like “Strawberry Shortcake”, it is hard not to take notice.

Martinez also comes up with a very interesting way to incorporate fruit into the soundtrack but surprisingly, it brings an artistic vibe that does not fail to capture the listener’s attention. “Orange Juice” is all about the pain girls go through when they are impacted by the negative views on their bodies by society, specifically bulimia, which impacts many girls in the world today. The song conveys the idea that rather than focus on those unimportant opinions, one is perfect in their own special way, and they should not change their lifestyle for anyone. When it comes to cases of bulimia, Martinez spreads the important message that eating disorders are the result of the pain girls feel when they receive awful comments about their outward appearance, but this can change with the right support and the power to deflect those negative responses.

The main ideas behind the entire soundtrack really showcase the battle between pain and peace in today’s world. It is almost like a breath of fresh air to know that someone took the initiative to produce an album that people of youth and old age can relate to as these problems have existed for a long time.

And of course, a standard album is almost always incomplete without love. The good thing is, Martinez has her own representation of what a relationship should be like in her own life, and people can relate. “High School Sweethearts” continues the blissful tune of the album as she sings about what it takes to be her sweetheart. This kind of “love” song has a unique twist on the norm because the cheesy puppy love is replaced by romance with a dark humor, and that is a feature that should be explored more.

Overall, “K-12” can be considered a success in the film and music world. A movie filled with magic and turmoil combined with an album that complements it so well, makes for an extraordinary experience, and no other words can be said about the brilliance of it. Martinez put her whole heart and soul into this production, and her version of the world around her will never be forgotten. Hopefully, it inspires more to bring their own versions to life, as well.