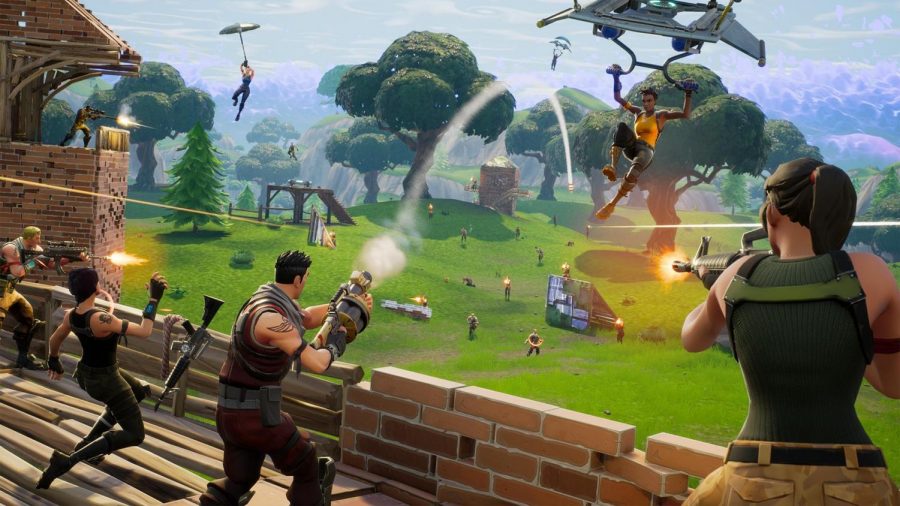 Fortnite is a free to play online battle royale game that is for Xbox, PS4, and PC. This game is one of the many battle royale type of games that have come out recently because of the sudden explosion of interest in this style of games.

Fortnite stands out from the rest of them because of its constant updates and developer reliability.

Ever since the game came out they have lived by a motto to release something every single week. In that time they have released eight new items and weapons, countless cosmetics, and added 5 new cities to the map.

Its style is like a cartoon and has more of a arcade feel to differentiate from other games. This makes the game have its own feel and gameplay.

It also has very original mechanics by adding building. This mechanic has been the reason people keep coming back to the game.

The building adds something new to the genre so it’s not just kill and always be on the offense A problem with other games is the lack of cover in big open areas. The building allows people to create their own cover and never run into that problem.

The only other main competitor to Fortnite is Playerunknown’s Battlegrounds. Battlegrounds has been fully released and does not have nearly as much being added to it as Fortnite does.

Battlegrounds has had the same performance problems, such as poor frame rate,and  it’s entire lifespan and has still not fixed it while Fortnite has constant support and fixes problems as soon as they can.

Overall, Fortnite is the number one option for people looking to get into the battle royale scene.