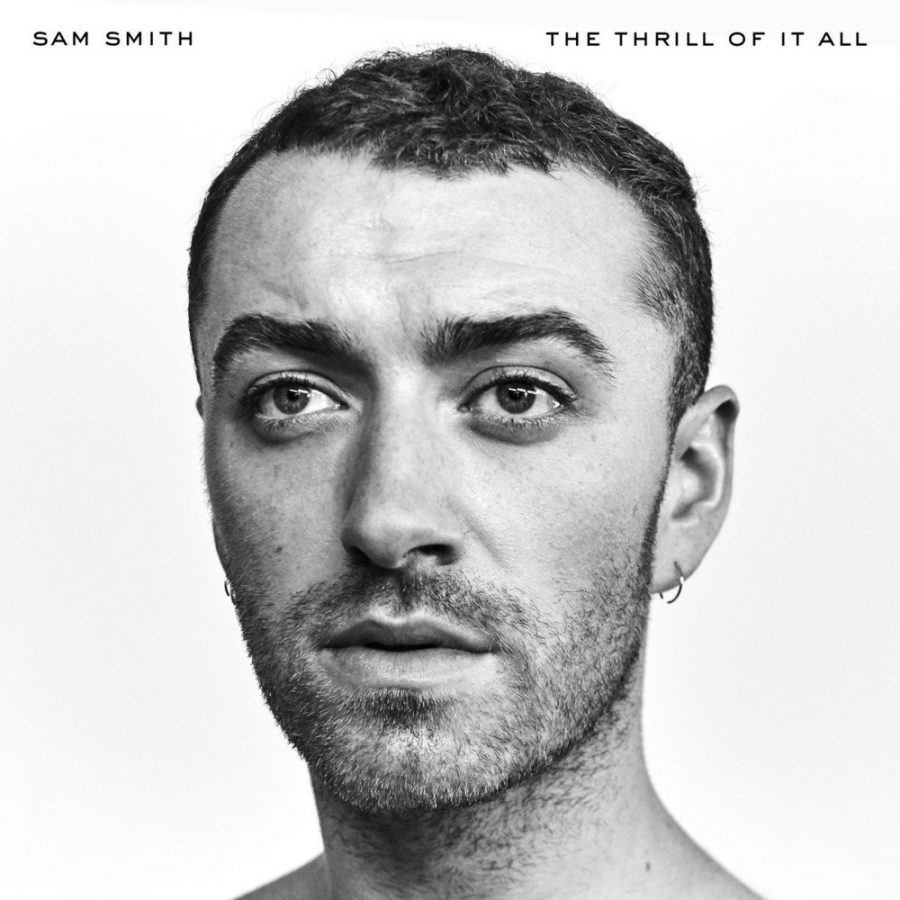 Sam Smith's album cover for "The Thrill of it All".

As new music emerges, the need for artists to evolve their music to fit the trends have increased, but Sam Smith has refrained from that mindset.

Smith’s second album, “The Thrill Of It All”, was released on Nov 3, three years after his debut album dropped in 2014. The standard edition has ten songs and an additional four on the special edition, with the Target and Japanese containing two bonus tracks.

Sam Smith was first recognized when he was featured on Disclosure’s track “Latch” in 2012 before gaining more traction in the music industry when he was also featured on “La La La” by Naughty Boy in 2013, the same year his EP, Nirvana, was also released.

Smith dropped his debut album, In The Lonely Hour, a year later featuring his hit singles “Stay With Me”, “Lay Me Down” and “I’m Not the Only One”.

Known most for his soulful melodies and perfectly-hit high notes, Sam Smith’s entire discography provides a great array of songs for you to sit in your room and cry about a nonexistent romance you’ve never had.

“The Thrill Of It All” is definitely Smith’s best expression of himself in the public eye since his first appearance in the media. There are certainly more underlying queer tones through the tracks on this album than the last and fittingly, Smith came out as gender non-binary just a week before the album was launched.

Along with the queer tones, Smith blatantly expresses his homosexuality through allusions to Christianity in “Pray” and “HIM”.

In “HIM”, the chorus have the lines “don’t you try and tell me that God doesn’t care for us, it is him I love” and in “Pray”, the lines “I block out the news, turn my back on religion” and “you won’t find me in church reading the bible, I am still here and I’m still your disciple” present Smith’s stance on the relation between himself and the religion he was accustomed to.

The majority of the album are filled with mournful songs accompanied by the soft guitar and piano and the influence of gospel music is a common theme for every song.

“Nothing Left For You”, for example, started out slow and vocally-focused but then transitioned to having a chorus echo his lyrics hand-in-hand with a strong orchestra and the subtle kicks of an electric guitar and snare.

“Baby, You Make Me Crazy”, unlike the other tracks, is indubitably the more upbeat song out of the others, despite its lyrics keeping up the same reminiscent tone of the album. The slight jazz influence, with the trumpets and the drumbeats along with the falsettos in the chorus, make the song seem happier than it actually is.

“No Peace” is easily the most intense track and the only collaboration out of the ten songs. Smith’s voice is the most passionate on this track and the instrumentals aid in that.

The combination of Smith’s tenor and YEBBA’s, or Abbey Smith’s, more feminine, flexible voice range blends together perfectly to create the aura of angsty romance surrounding the lyrics of “No Peace” with lines such as “so I’ll light up a cigarette, I’ll drink it down ‘till there’s nothing left” and “I’d lie for you but I don’t even know you anymore”. The orchestra backing the prominent piano and drum-kicks can be heard behind the strong vocals throughout the song and makes the crescendo of both the voices and the instruments makes the song as fervent as it is.

“The Thrill Of It All” frames itself as an exceptional album as it separates itself from the more EDM and rap influenced music released all throughout 2017. It represents all its songs as an extension of Smith’s character and provides listeners with a powerful wave of emotions from each song, each with its own different tone and sound while still keeping Smith’s overall perspective.

Sam Smith has undeniably outdone himself with his beautiful music and powerful voice range and “The Thrill Of It All” is sure to cause the completion of multiple tissue boxes when performed live.