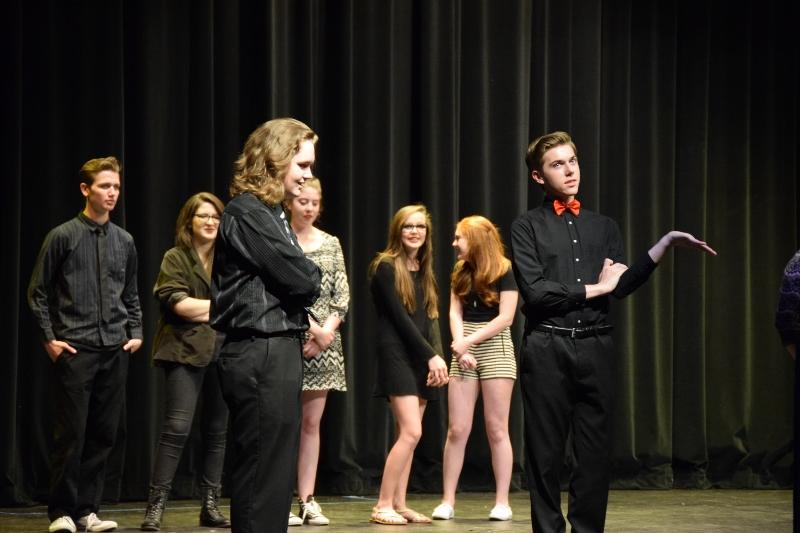 Students and theatre display their talent 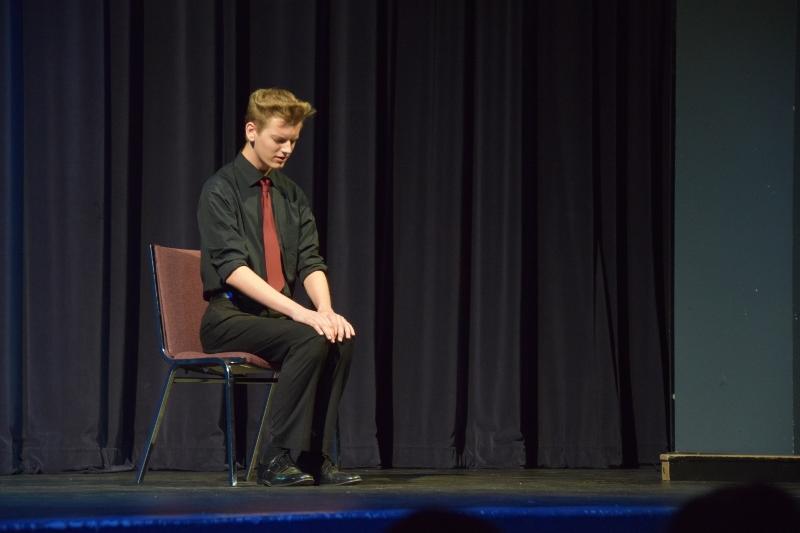 This year’s talent show was combined with the theatre department’s gala show, which added theatre and performance class performances along with student acts.

“We felt the talent show was too many stand-and-sings, and the Gala was another show that we were putting on so we were trying to combine them so that there was more variety in the talent show,” Fioramonti said.

The talent show had 17 acts, seven being from students and the rest being from theatre and performance classes.

The acts varied from monologues, to group performances, to solo singers, to a showcase of the Slap on the Wits improv team, and even a stand up comedy act provided by Serenity Pennington, senior.

“It was a good choice because really the theatre gala is the same thing as the talent show but just for theater,” Clark said. “Combining them saved the theater department a lot of resources and I think it was a pretty good show overall.”

Clark also found this talent show to be improvement over previous years.

“I’d say this is probably the best one that I’ve witnessed (and) It went over really well given the amount of time we had to prepare for it,”Clark said.  “We had two rehearsals before the show and that’s really all the time that we had to prepare for it we never even ran it through (it) with all the technical elements until the night of the show so given that fact it did go over very smoothly.”

One glaring technical issue however, was when Hailee Mills, sophomore, sang Temporary Home by Carrie Underwood and the song was switched with the demo version causing the song to stop when she was singing. Despite this she kept singing without the music.

“I was trying to keep the show going, the show must go on, and I was just trying to make sure everything went as supposed to,” Mills said.  “I didn’t want to give up and let my friends down because they came to see me.”

Theatre’s innovation and the pooled resources are what made this 2016 talent show a success for OHS despite the limited time.

“The amount of resources that both the Theater Department and the school brought (together) was really sufficient to make a solid program,” Clark said.