The bachelor’s views on objectification 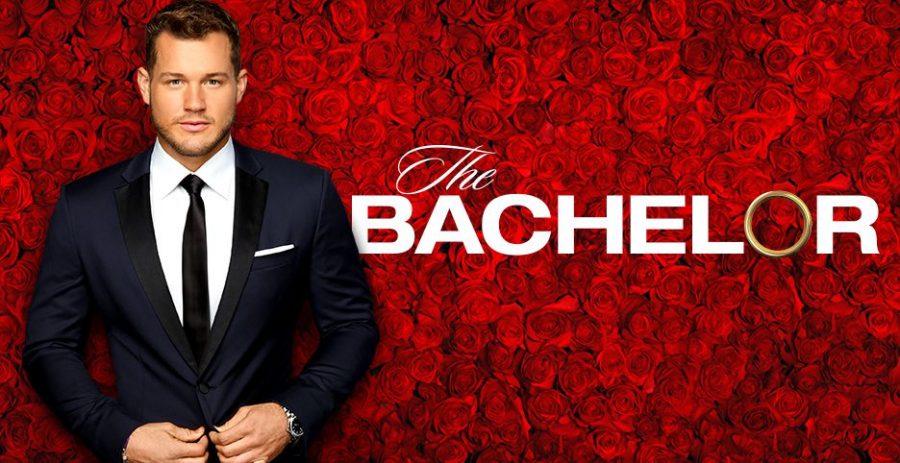 “The Bachelor” may be one of the most popular shows of today, but the underlying tone commonly goes unnoticed. Like most reality TV shows, its main vocal point is drama, but where there is drama there is always chaos. However, because the participants’ whole lives are being broadcasted for the whole world to see, few people think of the toll and effects that it takes on them.

The main purpose is for entertainment and the show’s producers and directors do not directly care about the participants. As part of the contract, participants are not allowed to tell a soul that they are casted and in multiple interviews, it has been directly stated that the show’s writers do not care about previous relationships that the show may ruin. In the show, a group of women are put in the same place as a man and their goal is to end up in a relationship with him.

Contestants’ jobs are to battle to gain the bachelor’s affection and in doing so, they are ruthless and are willing to do anything to win the “ultimate prize” being the bachelor.

Although this ultimate goal sounds great, these people’s whole lives are put on public display for viewers to watch and to be exploited for entertainment . In turn, many actors in the show face serious backlash for their actions.

During the duration of the show, participants are instructed to go to great extremes to get with the bachelor, and that includes objectification.

Many women and men in today’s society are sexually exploited on television for all to see. Although they do have to sign a release form, it is still mentally exhausting hearing negatives about your acting, especially from people who have never had to experience such a thing.

Over their careers, actors and actresses receive various comments on their performances whether good or bad. Most of the time, the feedback they receive is negative.

Like many shows in today’s society, there is much drama within, the bachelor being included, which many women are exploited in order for entertainment and are treated as if their only purpose is to make sure the man enjoys himself. Because of the idea that a woman’s only job on the show is to make the man happy, many viewers may be influenced by these actions, and it may affect the way they view themselves and society.

Much of our culture today stems from popular trends and or themes in high class societies like hollywood. Trend setters are often influencers and celebrities and many people look up to celebrities to guide them.

For years now, people, especially women, have been objectified for a man’s happiness and there have been so many movements to help prevent the objectification of people. Still, in the end, not everything can be stopped, even if it should be.

Broadcasting objectification to the world only adds to the negative culture of fetishizing people. The show in itself seems to only want to entertain their audience, but the creators, at the time, did not seem to take into account the audience and how it may influence other people’s lives.

Most people mimic or copy what they see on TV or what they see their favorite celebrity doing. Due to the negative impact this show has on women, some viewers of the show might adapt that mindset.

Although the main goal of the show is to see who ends up with who in the end, ultimately, women on the show are expected to do whatever it takes to please a man so that he chooses her. Participants are expected to slander each other so that they win the “prize” of the bachelor.

Participants are instructed at the start of the show that they are to insult or talk about the other contestants behind their backs to try and persuade the bachelor to eliminate the competition. Within this, many friendships are ruined and fights break out.

The show pins women against each other in order to win the attention of a man. The contestants are told to try and draw as much positive attention to themselves as they can whether it be through gestures or words. This can be traced back to times where women were expected to do anything their husband wanted, in order to make them happy. Women on the show are expected to make the bachelor happy and choose them and are instructed not to have independent thought by the show’s writers.

Throughout the years, people have tried very hard to make sure women are not expected to serve a man as their purpose but, shows like these make it difficult for some to accept the fact that people are not to be objectified.

The show itself degrades women if they are not willing to sacrifice everything for their male counterpart. The women that are eliminated early on in the show are the ones who are not willing to lay down for the attention of the bachelor.

During the duration of the show, “The Bachelor” has multiple sexual partners but it is not viewed down on, as the point of the show is for him to find his ideal woman. There is no harm in the bachelor wanting to “explore his options” sexually with the contestants but if the contestants were to go outside the show and do the same, they would be viewed negatively. If you were to put this into context, the women on the show are being sexualized for the man’s enjoyment.

Women everywhere are hypersexualized for almost everything they do and in Hollywood there is no difference. On the show there are multiple scenes that depict half naked women for the bachelors direct enjoyment.

There are many spin offs of the show, including “The Bachelorette”, which is just the reversal, where a group of men are selected to try and win over a woman’s heart. Instead of objectifying women in this show, it is the men who are objectified, making it as if their only purpose is to make the woman happy and win her approval.

In “The Bachelorette”, the contestants consist of 30 males and one female, much like its counterpart, “The Bachelor”.  The goal of both shows is to see who the bachelor, or bachelorette, chooses to be his or her spouse. Both of the shows heavily over sexualize and objectify both women and men.

Either way, this is objectifying women and men and publically broadcasting it for all to see. The next generation will have grown up with the idea that objectification is okay, impacting their views on eachother and society itself.