Comparing and contrasting pandemics over time 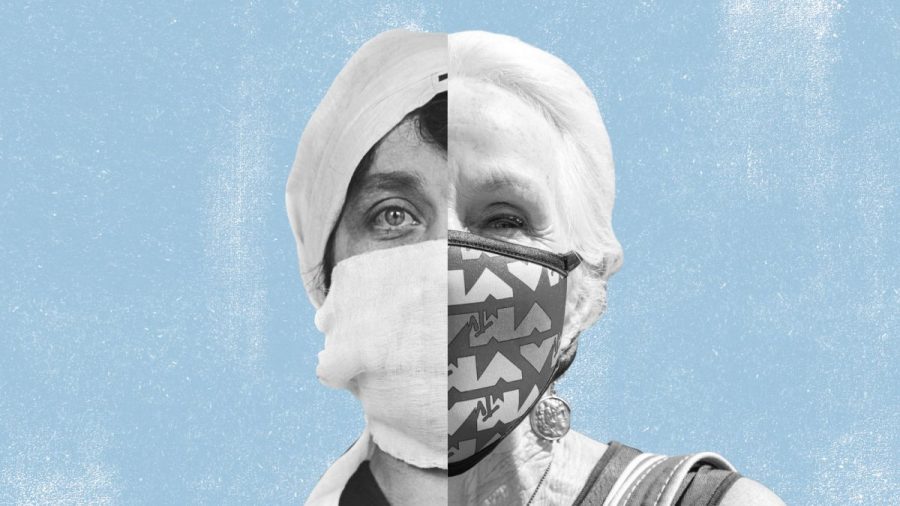 Over the past year, people all around the world have been experiencing loss, sickness, quarantine, and have been unable to see people. All of these inconveniences come with a pandemic.

Throughout the history of mankind, many different obstacles have arisen. Whether it be starvation, poverty, or global warming, there is always something going on in the world. The latest just so happens to be the COVID-19 pandemic.

The first recorded pandemic was the 430 B.C. Athens epidemic. It happened during the Peloponnesian war and since there was not the kind of technology and medical advancements that there are today, it was very easily spread and weakened the army troops. The symptoms included: fever, bloody throat, thirst, red skin, and lesions.

Many conclude that it was a form of Typhoid fever, but since there was no way of really telling, there is no way to confirm or deny if it was diagnosed correctly. Without being able to know what exactly the illness was, there was no way of quarantining and helping slow the spread.

Almost 270 years later, the Antonine Plague arose in the Huns. This epidemic, an earlier form of smallpox, was easily spread. Symptoms included fever, sore throat, diarrhea and, if the patient lived long enough, pus-filled sores. It lasted from 165 A.D. to 180 A.D., taking over five million lives.

Because there was no ability to directly quarantine the infected, millions of people lost their lives and society was heavily impacted by the death toll.

In the 11th century, Europe was plagued by leprosy, a low-developing bacterial disease that causes sores and deformities. During this time, many hospitals were either converted or built especially for leprosy.

Leprosy still affects people today but with more medical knowledge and antibiotics, many lives are able to be saved. Meanwhile, back in the middle ages, there was little to no medical knowledge or antibiotics to help those affected. Almost everyone who was diagnosed with leprosy died.

Over 100 years later, another epidemic arose: the black plague. The black plague was responsible for killing over one-third of the world’s population at the time. Because there was no way to detect if someone had it, many Asian travelers went to Europe and it spread rapidly. It seems to be that every one hundred years there is a new epidemic and the black plague just so happened to be the one at the time.

Countries suffered devastating losses and even found a truce to war because of how many losses France and Britain had sustained. The North American exploration was even halted because of the epidemic.

Many doctors and scientists at the time, thought that they could cure the disease by using leeches. They thought the leeches would suck out the bad blood and the good blood would stay in the bodies. Evidently this did not work.

Herbal immunity was also very popular at this time and many scholars believed that herbs were remedies for illness and even doctors suggested to patients herbal remedies.

As more and more countries began to be discovered, more and more people had experienced cross contamination. Many diseases were brought over to the Americas after being discovered and colonized by Europe, but because there were so many different forms of disease, there was no way of stopping the spread. With little being known about the diseases brought over from Europe, they took hundreds of lives of the natives and settlers  and slowed colonization down.

In 1665, the great plague of London arose. Twenty percent of London’s population was wiped out due to this bubonic plague. Many believed that animals were responsible for the disease and in result, mass murder of dogs and cats.

In 1889, the Russian flu took place, taking 360,000 lives. At the time there was no way to directly quarantine people, and thus illness spread through countries like wildfire and nobody anywhere was safe.

By 1918 a new pandemic arose, during the end of WWI. The Spanish flu was a worldwide epidemic resulting in 50 million deaths. First observed in Europe, the Spanish flu was thought to have been spread during the tail end of WWI. It was a worldwide pandemic and there were no vaccines or antibiotics to stop or help slow the spread of the disease. Suddenly, in 1919, the infection rates started to decrease as most infected either died or developed immunity.

As time went by, many different vaccines were discovered to help slow or stop the spread of illness so that in 1957, when the Asian flu broke out, it was more easily contained. Although the Asian flu took over one million lives, a vaccine was quickly developed.

The 80s’ were a time filled with spunk and surprise but not all was good. In 1981, HIV/AIDS broke out world wide. HIV/AIDS weakened immune systems, which resulted in deaths caused by simple illnesses, like the flu, that the body was unable to fight off. Although a cure is yet to be found, vaccines and antibiotics have been created to slow the spread and progress of the disease.

First identified in 2003, SARS, Severe Acute Respiratory Syndrome, is characterized by respiratory problems, dry cough, fever and head and body aches, and is spread through respiratory droplets from coughs and sneezes. Quarantine efforts proved effective and by July, the virus was contained and hasn’t reappeared since.

SARS was seen by global health professionals as a wake-up call to improve outbreak responses, and lessons from the pandemic were used to keep diseases like H1N1, Ebola and Zika under control.

Today, the world suffers from the current COVID-19 pandemic. Many precautions have been put in place to help keep people around the world safe but without everyone following the precautions, it is hard to slow the spread.

In the past few months, less and less cases have been identified and the death toll has decreased. Many countries went into quarantine and put in place a mask mandate. The CDC also recommended that people practice social distancing and staying home to help the infection rates go down.

Recently, a vaccine has come out and is being given to essential workers in order to help keep businesses open. Much like the 2003 SARS pandemic, COVID-19 is  highly infectious and the best way to prevent it is to go into quarantine.

Unlike past pandemics, COVID-19 can be asymptomatic which can make it hard to identify, however because of medical and technology advancements, medical professionals can easily identify the virus. Every pandemic is different in a way but at the same time similar, taking hundreds of lives and disrupting everyday life.