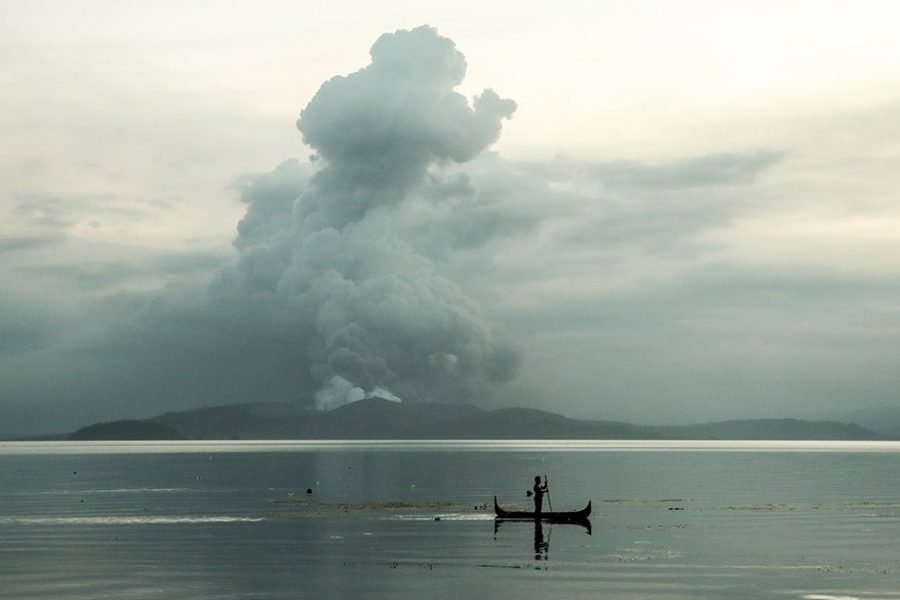 As people look forward to what the new year has in store, those living in the Philippines were met with destruction. The Philippines is known for having some of the worst natural disasters because it is located along the Ring of Fire, where the most volcanic and seismic activities occur. Because of this, there is always caution when it comes to living in these conditions.

Following Typhoon Phanfone on Dec 24, Taal Volcano, the second most active volcano in the Philippines erupted Jan 12. The danger warning raised to Level 4 according to the Philippine Institute of Volcanology and Seismology. This level increase warns people of disaster effects near their area as well as possible future eruptions. Tens of thousands of Filipinos had to evacuate immediately for fear of increasing volcanic activity.

Evacuation was definitely the right idea as the area surrounding Taal Volcano became covered in ash, smoke, and debris, making the environment too harmful for people’s health. So, more and more rescue workers and volunteers are supporting the efforts to help the public reach safety as quickly as possible.

The human death toll is uncertain at the moment, although there are people suffering from health issues due to the increase of ash and smoke in the air. Multiple earthquakes have occurred throughout the Philippines, as well, and just recently, it was discovered that Taal Volcano’s Main Crater Lake completely disappeared due to the eruptions, being seen as a possible cause for the seismic activity the Philippines is facing.

Filipinos are now in a crisis because more than their health and safety are being affected. One of the Philippines’s major problems is poverty, and the destruction of buildings has led to economic failure and loss of jobs, as money is already in a shortage. Another issue is resources, which have also been impacted by the volcano, forcing people to rely on the Filipino government for aid.

Taal Volcano struck hard on the Philippines with physical and mental attacks, making it difficult for the country to rise up from this unexpected disaster. Although there has not been another eruption from the volcano so far, volcanic activity is still being detected and bringing fear into people’s minds. Hopefully, the catastrophe will pass soon and allow Filipinos to rebuild their futures with success.