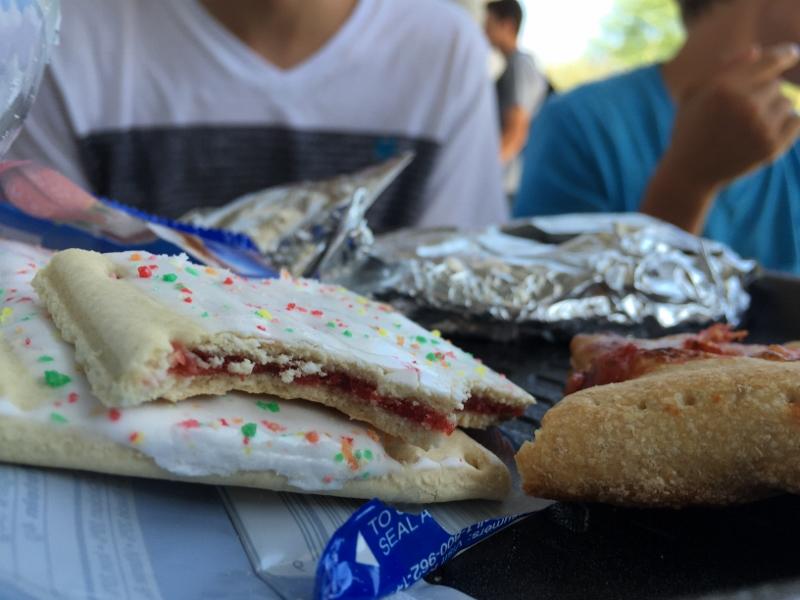 This year, lunch prices have raised 25 cents  with a few changes to the menu.

Judy Kimball, cafeteria manager, said the increased price is due to changes in the industry of food produce.

“The reason the food cost increased is basically the produce, and the gases for transporting the stuff, so overall the high cost was passed on from the industry which therefore unfortunately had to be passed on (to us),” Kimball said.

Students have said  this is an unnecessary change that will hurt the cafeteria.

“I don’t think it’s necessary because everybody buys lunch, and if they raise prices people could not buy lunch,” said Danielle Santos, sophomore.

However, Kimball says there are a few menu changes this year.

“We haven’t had as many (changes) as last year because the food regulations have remained the same,” Kimball said. “We have made some new addition(s) to lunches, you know trying to freshen it up a little bit, so we brought in a sweet and sour sauce for the Asian line, and we have done some different wraps, and a BLT sandwich”

Regarding food regulations, Kimball said the cafeteria is limited with what choices they can make.

“It’s the government regulations, which they control what kinds of drinks we can sell (to) you guys, and the calorie content,” Kimball said. “Also the chips, the cookies, all of that is controlled by the government, even though it’s an à la carte item.”

On the flip side, there are still decisions the OHS cafeteria makes on its own.

“We make what we think you kids would like, if there’s something we try that you guys do not like, we’ll take that away. For example last year we did the pasta bowls, and they weren’t such a big hit they were just so-so so we thought this year we’ll just bring the rice bowl back,” Kimball said.

Overall, the changes this year are few, but due to regulations there’s so little that can be done at all.

“It’s kind of hard because our hands are so tied with the government,” Kimball said. “I wish we could serve whatever we want.”