Death on the Nile, the blood cruise 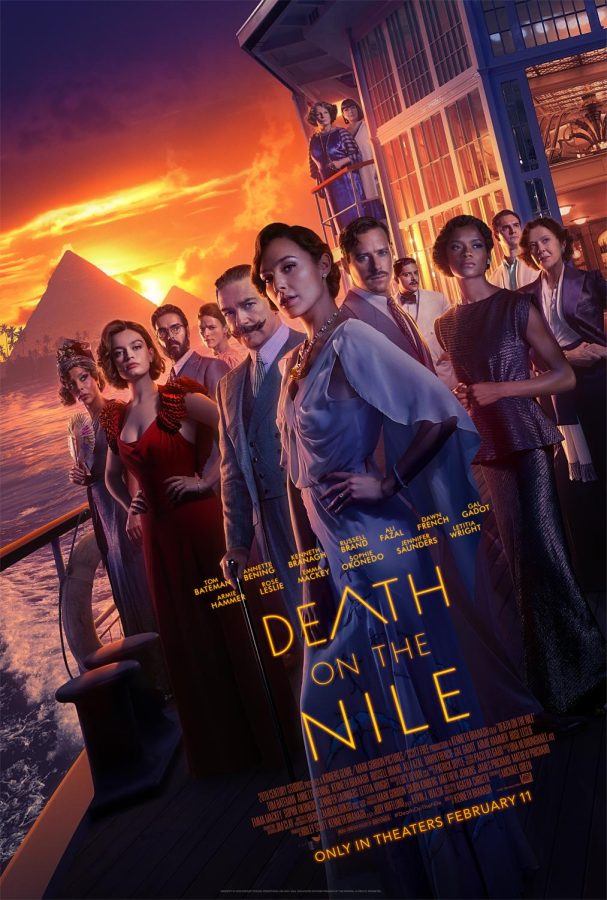 Sequel to the Murder on the Orient Express, is the Death on the Nile. Director Kenneth Branagh continues his work over adapting Agatha Christie’s book with this sequel. The movie is a murder mystery that focuses on the murder of A main chracterThe movie consists of an A-list cast that brings in the real charm.

This talented cast has produced many successful movies over the years. However, this movie is not one that can be claimed as their finest. The actors seemed awkward and lacked expression. It seemed like they were having a hard time keeping up the era the movie was set in. The actors also lacked the necessary chemistry that would have spiced up the story. The director of the movie, Kenneth Branagh, also acted in the movie as the infamous Hercule Poirot. However his acting skills lacked the charisma of Poirot. His acting could not give justification to Christie’s legendary creation. In simple words, his acting is boring and he could not keep the interest of the audience. Simon Doyle’s character played by Armie Hammer was comparatively better. His acting was moderate but he still justified the despicable character he played.

The movie has a lot of beating around the bush. More than half of the movie was spent setting up the murder and focusing on the rising conflict. The rising conflict was supposed to give background to the climax, however, it was way too long to set the play for the murder. Ironically enough, the set-up did not help the viewer with anything regarding the murder. Most of the characters were just out of the range of suspicion because of so much context. It would have been better to start with the murder and go back and forth using flashbacks. This would have been a better format and would have helped to keep the viewer more engaged. The movie just became boring after some time which is sad for a suspense-thriller.

One of the admirable parts about the movie was that it was visually magnificent. The cinematography of the movie was visually appealing.  The camera work that captured the pyramids and temples of Egypt really has a big impact on the audience. It consists of a noticeable grandeur that really attracts the audience and makes them feel as if they are in Egypt themselves. It gives the audience a 3D effect without it being 3D in reality. The scenery of Egypt was pleasurable to the human eye.

The movie did a commendable job on taking charge of some social issues. Characters like Salome Otterbourne, played by Sophie Okenedo, Rosalie Otterbourne, played by Letitia Wright, and Andrew Katchadourian, played by Ali Fazal, helped the movie to have a cast that represents people of color. Whereas characters like Mrs. Bowers, played by Dawn French, and Marie Van Schuyler, played by Jennifer Saunders, shared an on screen relationship promoting the LGBTQ+ community. Considering the time period the movie is set in, this was a bold step for the creators to take because it could have created conflicts. Fortunately, this decision is instead appreciated by the audience.

The movie was a bit different from the book. As mentioned above, the context was more focused in the movie while the book was more focused on the murder and investigation. However, there are also other changes that differentiate the book from the movie. The movie adds the character of Bouc, played by Tom Bateman. Although he played a pivotal role in the movie, his character simply did not exist in the book written by Christie. The movie started off with Poirot’s past during the First World War. This is something that has not been mentioned in the books.

The movie is recommendable considering the entertainment factor. It had both pluses and minuses, but overall it is a good movie to watch.