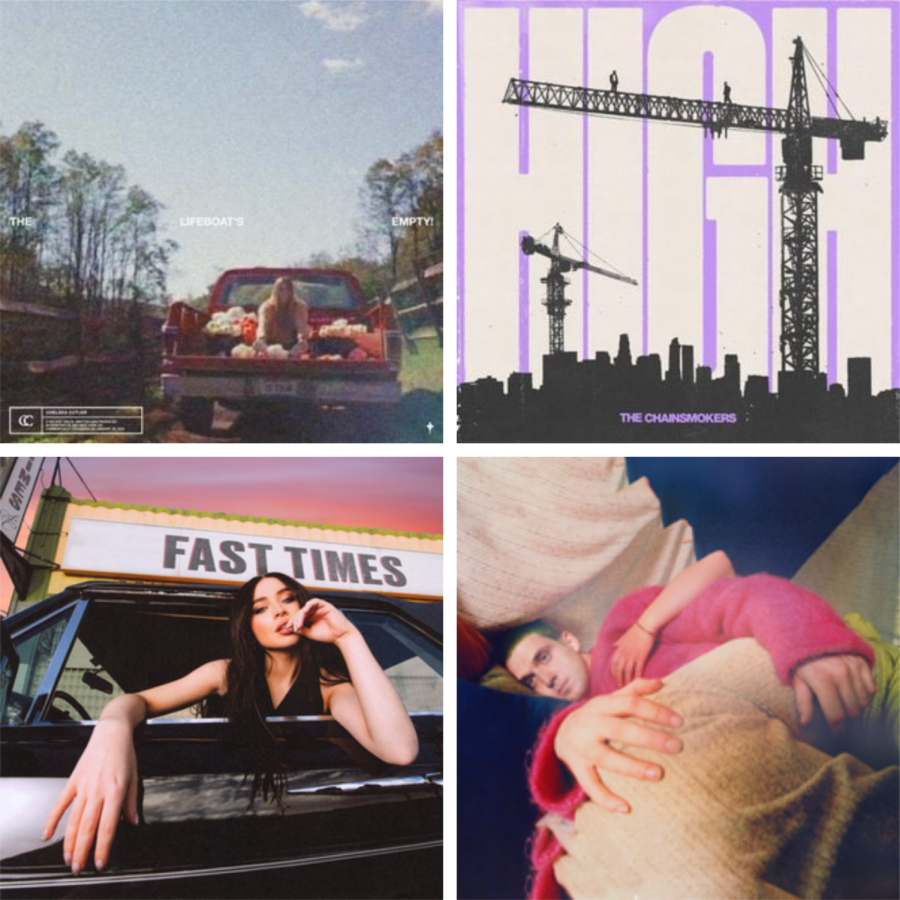 “the lifeboat’s empty!” by Chelsea Cutler

After the release of “When I Close my Eyes,” Chelsea Cutler, who is most known for her song with fellow artist Jeremy Zucker titled, “you were good to me,”  returned saying she will be releasing a deluxe version of said album, which currently does not have a release date. The first song to be released from that is “the lifeboat’s empty!.” On Jan. 28, the song was released to her fans after weeks posting teasers of the track, whether that be through, instrumental, lyrics, or a snippet of the song as a whole.

For any fan of Chelsea, “the lifeboat’s empty!,” is everything you could ask for and more. The familiarity of poetic lyrics such as, “I’m the one who breathes the smoke from your disaster,” paired with the production and instrumental that is reminiscent of songs from her album, “How to Be Human,” while also being different from songs on there with Cutler displaying some stronger vocals on more production heavy parts of the song.

“High” by the Chainsmokers

The popular EDM pop duo, the Chainsmokers, returned to the music scene after months with their new single, “High.” “High” is the first single off of what is being dubbed “TCS4,” displaying where the Chainsmokers want to go with their sound on the new album.

For anyone craving diversity from their music, most of that seemed to come to a halt after their release of “Memories… Do Not Open” in 2017. After that album, most of their music comes off as if it’s purposefully catering to what’s popular on the radio, and they never fail to cater to exactly that.

“High” is what could be deemed as a cliche Chainsmokers song, a love song with something causing a speedbump. In “High,” as the title entails- the partner in this song is always high and never changes despite saying they will. The track also summarizes how well the duo can combine EDM with a very strong radio pop sound, which is something the duo has done their entire career.

Weeks of build and teasers left fans of Sabrina Carpenter eager to hear her new single “Fast Times”, which was released Feb. 18th. And left with fans of the actress with exactly what you’d expect from her, a variant of a pop song.

Though, these types of songs are exactly what Carpenter does best, adding a theme to a pop song and being able to draw listeners in, for this single a “007”, or spy theme, was taken for the song. Not only can that be clearly detected in the music video, but the beats throughout the production of the chill pop song, radiate the energy you would imagine something like a spy movie. Pair this production with Carpenter’s vocals and it gives a beautiful combination with each complimenting the other perfectly.

Lauv returned after over a year without solo music with the single, “26,” which is supposed to excite fans for what’s next to come on his second studio album. As the pandemic destroyed Lauv’s plans to tour for his first album, “how i’m feeling,” he hit the studio and began to work on his second album.

“26,” while lyrically beautiful, describing Lauv’s mental health and using the lyrics as a way to heal, which is a common theme in his music, suffers slightly from the production. For anyone who has been a longtime fan of Lauv, it’s known he always loves to explore his production, but this song, at times, hits road bumps that seem off putting if compared to any of his older music.  The song can be comparable to his track, “Billy,” which is off of his debut album- it’s whether or not you enjoy that style of production to decide whether or not you’re a fan of the track.

The song is definitely not for everyone, but can be enjoyed by long-time fans or people who prefer the sound Lauv is offering on “26.”