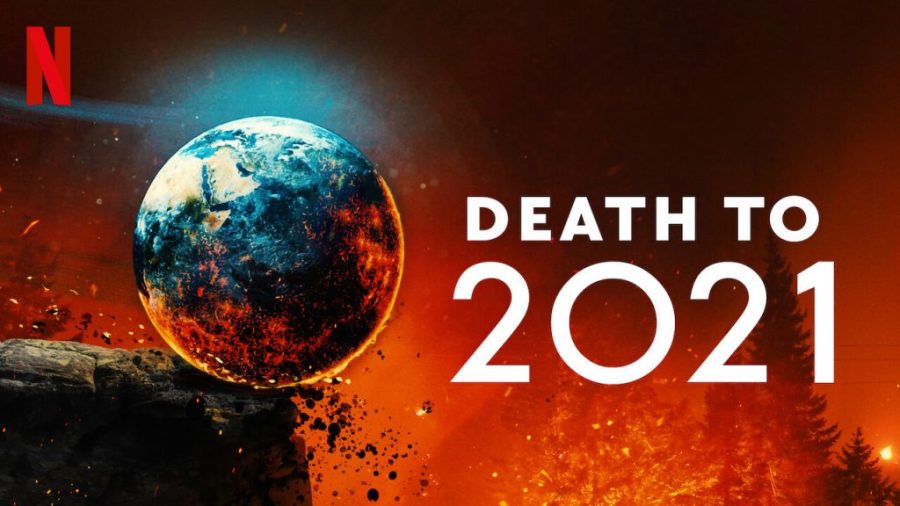 “Death to 2021” is a show that highlights the crazy events of 2021. The film brings humor to serious topics, such as COVID-19 and the storming of the capital. because it makes the conversation easier, but it is not always appropriate to joke about some topics.

When someone is talking about a serious subject, such as the storming of the capital, making jokes about the topic can be wrong. Although the jokes that were made were meant to be funny, it was not right to bring humor to that event considering it happened only a year ago.

When talking about COVID-19, it  brought light to the subject by having actor Samson Kayo act as a doctor talking about the virus. He made jokes about the virus, making the serious topic a little less scary, but it still did not seem right that they were trying to make COVID-19 humorous.

When the show covered  vaccinations, they had actor Joe Keery play a social media influencer that made a homebrewed “IPA vaccine” instead of taking the government-made shot. This topic could have been covered in a better way; they were addressing the fact that many Americans are not comfortable taking the vaccine, and they made a joke that making your own vaccine is safer than taking the actual vaccine, instead of encouraging people to get it.

Overall, “Death to 2021” was a very comically good film. It brought light to subjects that are hard to talk about and made the conversations seem not as serious. They joked about COVID-19, the vaccine, and the storming of the capital, while still using facts about the topics.