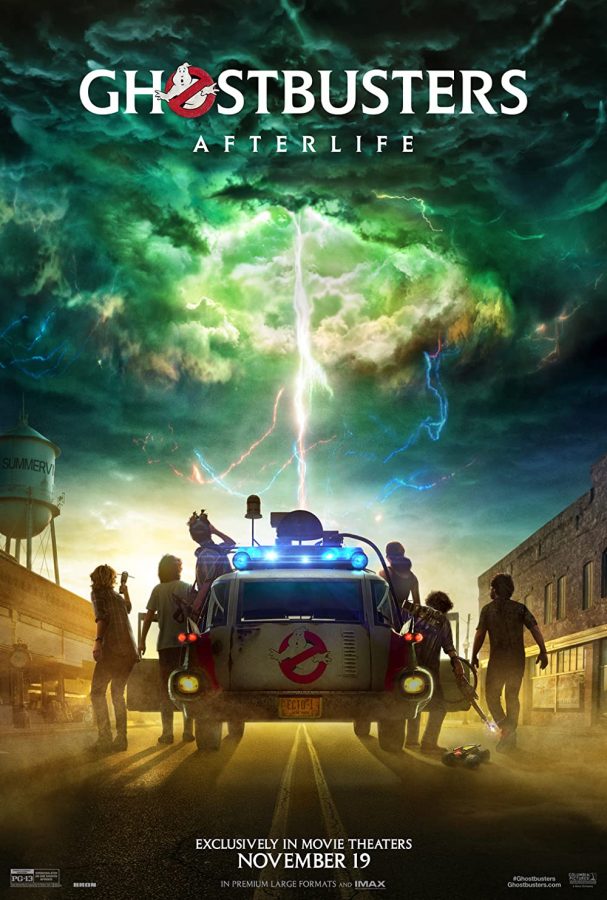 One thing that Hollywood is very good at doing is remaking hit movies like “Ghostbusters.” Although “Ghostbusters Afterlife” is not necessarily a complete remake, as it continues the original story line, it is still a classic movie that has been remade with a completely new cast, except Bill Murray,  and crew.

The popular director of “Ghostbusters” and “Ghostbusters II” in the 1980s, Ivan Reitman, passed his legacy onto his son, Jason Reitman, who did not disappoint. “Ghostbusters Afterlife” was either going to be a blockbuster or a huge disappointment, and critics would say it is a hit. With stars like Paul Rudd and Finn Wolfhard, one would expect an excellent movie.

The movie is centered around a single mother and her two children, Callie, played by Carrie Coon, Trevor, played by Finn Wolfhard, and Phoebe, played by Mckenna Grace, who move to the fictional town of Summerville, Oklahoma. Not long after moving there, they discover they have a connection to the original Ghostbusters and the legacy their grandfather left behind.

The film is set 32 years after the events of the second Ghostbusters film. Several members of the original cast are featured in the movie, including; Dan Aykroyd, Bill Murray, Ernie Hudson, Annie Potts, Sigourny Weaver, and Paul Rudd. The movie also pays tribute to the late Harold Ramis, who died Feb. 4, 2014.

Much like the original Ghostbusters movies, “Ghostbusters Afterlife” continues the spooky, yet comedic plot line.

Throughout the movie there are connections to the past Ghostbusters movies with easter eggs hidden within the movie. Not only does this leave fans on their toes, but it also keeps them engaged. Plus, older spectators can reminisce about the times that they may have spent watching the original movies in theaters back in the 1980s.

Although there are many similarities throughout the film, there are also a couple of major differences, like how most of the main characters are children and highly predictable. This gives the movie slightly less suspense than fans were anticipating, but still keeps the movie interesting as their unpredictable reaction to the ghouls was outstanding and hilarious.

The movie was filmed in Alberta, Canada, which acted as the fictional town of Summerville, but the weather did no good to the cast and crew as it was unpredictable and extreme. This slightly delayed filming, but nothing too drastic, and editors worked vigorously to keep the film on track of its release date.

Throughout the film, the characters battle supernatural beings, crack jokes, and solve mysteries, which makes the movie easy to get through. Partnered with humor and mystery, the film is also filled with many extremely talented actors, making it a cinematic masterpiece.