Cobra Kai returns better than ever 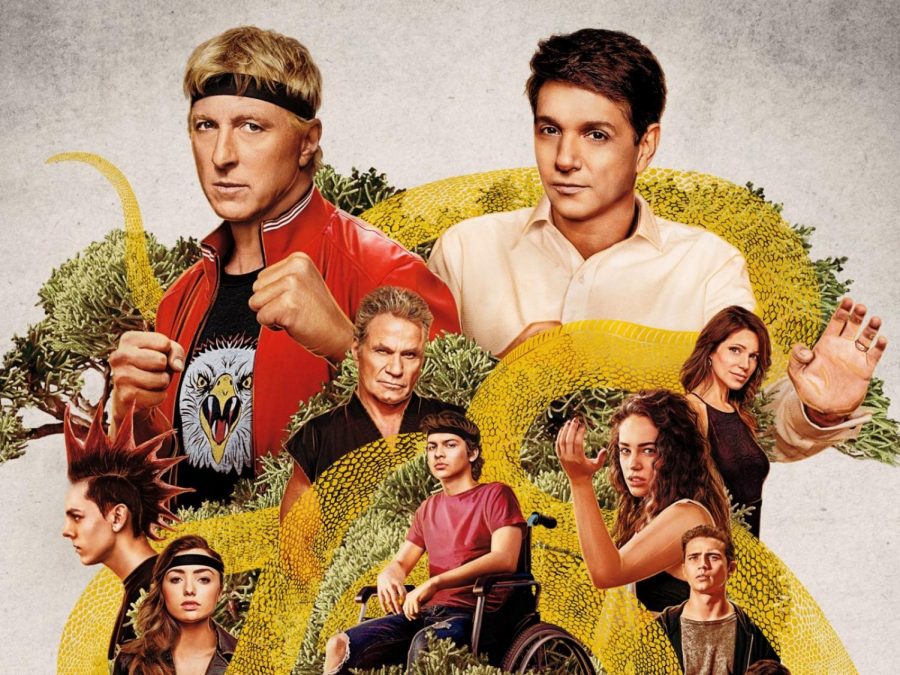 Spoilers for Cobra Kai season 3: The wait for “Cobra Kai” season three has ended and it was certainly worth the wait. After the disaster that was season two, there was definitely some skepticism that season three would even be good. After the major plot points of season two, the show was left in a bad spot. The finale made zero sense and prior episodes had most of the main cast act out of character in order to create conflict. Johnny moronically leaving the dojo in the hands of someone who tried to kill him years ago, Robbie crippling Miguel despite the large impression Daniel left on him, and Miguel even actively fighting Robbie to begin with despite his inherent logical and kind nature. That’s barely brushing the surface of the massive issues in season two, but season three manages to course correct just about everything.

Season two’s main issue came from the needless addition of new characters that would help damage the direction and actions of our main cast. For example, season two brought back John Kreese, Johnny’s old sensei who tried to kill Johnny after losing a tournament. Johnny saw Kreese homeless and yearning for purpose, so he decided to let Kreese teach kids at Cobra Kai once again. Johnny has let someone who tried to kill him, teach karate to teenagers. That was all the way back in episode three of season two, so that had a massive ripple effect and drove most season-long conflicts. The horrible, contrived, and messy ending of season two stems from one massively out-of-character decision.

There was no way of fixing this issue, so season three rolled with the punches and took Johnny to his lowest point. He’s back to being an angry drunk, who’s constantly picking fights and going to jail. The writers bring Johnny back from this low point, by rekindling his connection with his student/son figure, Miguel, who was left behind early in season two.

Part of the season one charm was the chemistry and bond formed between Johnny and Miguel. Johnny’s tough exterior was broken by Miguel’s kind and unwavering spirit. Along with some wise advice from a friend, it’s Johnny’s care for Miguel that brings him back from this lowpoint, and that’s what most of this season consists of. Johnny helps Miguel with his physical therapy and continues to be his shoulder to lean on. That father/son bond has returned, and the audience gets to explore so much between these two for so many episodes. It’s mainly Johnny and Daniel LeRusso that are driving the plot, nobody else.

Former karate champion, Daniel LeRusso, also returns after such a lackluster role in season two. Back in season one, Daniel’s story was always about carrying the lessons of Mr. Miyagi into adulthood and that couldn’t be more prominent here. We follow Daniel as he struggles to keep his dealership afloat and decides to travel to Okinawa for some sense of familiarity and warmth. There, he finds his old love interest from “Karate Kid 2” and they reignite their friendship, along with the villain, Chozen, from that same film returning. Daniel learns some valuable lessons and indulges in the nostalgia of his times with his sensei. Some of the scenes with Daniel will bring audiences to the verge of tears, as there are some powerful moments regarding his relationship with Mr. Miyagi.

While there are some plot related issues, the majority of them are minor and don’t affect the narrative too much. One of the greatest uses of nostalgia is the return of Ali Mills, Daniel and Johnny’s old love interest. Her reintroduction isn’t used as cheap nostalgia bait to get fans gushing. Throughout the series, Johnny and Daniel have come so close to forming a permanent and strong bond, but their methods and goals always get in the way of one another. Until Ali comes back to town and is, ironically enough, the one that finally brings them together, which leads to one of, if not, the biggest and greatest payoffs in the entire show.

John Kreese now runs Cobra Kai and he’s influencing his students in the worst way possible. He’s pushed them to steal, brutalize, and destroy property. He breaks the final straw when he sends his students to Daniel’s house so they can thrash the students of Daniel’s and Johnny’s dojo. Upon learning that Kreese did that, Johnny and Daniel both head to Cobra Kai and beat Kreese to a bloody pulp, almost killing him. Kreese says if they win the next big karate tournament, Cobra Kai shuts down and he leaves town, setting the driving stakes of season four.

After that, the scene cuts to black and we presumably cut back to the next day. Now, in the final minutes of the season, a cover of “Calling the Air Tonight” plays. We’re now in Daniel’s dojo with dozens of his students. The camera cuts over to the entrance to reveal that students of Cobra Kai and Johnny’s new dojo have joined with Daniel. And finally, Johnny himself walks through the entrance of the dojo, revealing that the two of them are finally teaming up, to put an end to John Kreese.

Season three ends on such a powerful note. Throughout the series, we’ve been so close to seeing Daniel and Johnny unite, but the show takes that opportunity from us so quickly and to finally get it is so rewarding for the audience. These two men learn that they’re not so different, and if they put their differences aside, they can create a better life for their kids. That’s part of what’s so great. A lot of this stems from the new characters of the show. Daniel’s daughter, Sam, and Miguel are the driving forces of Johnny and Daniel. All of these characters act with so much agency and influence the actions of the other characters so heavily.

Despite its flaws, “Cobra Kai” season three is a return to form, bringing back that now-classic and unique flavor of television. The show manages to utilize nostalgia in a way that’s not manipulative or key-jingling, but in a way that’s incredibly well written and that can emotionally resonate and satisfy everyone.