Tenet brings confusion along with the action 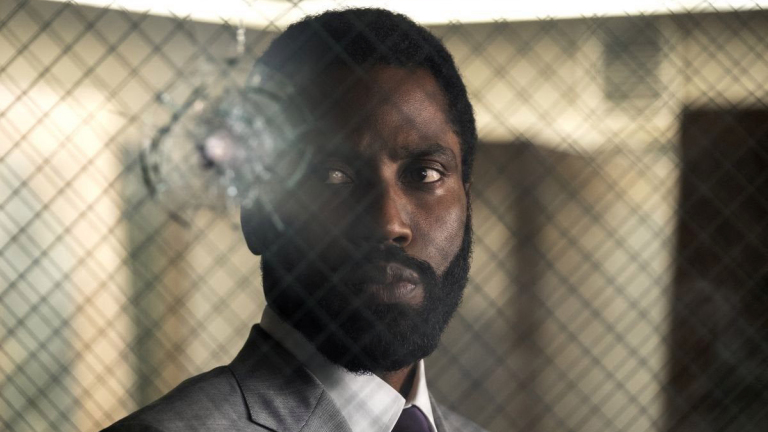 The COVID-19 crisis took its toll on the film industry this year. From delayed releases to streaming platform shifts, it was clear that movies were far from people’s minds. However, movies still made their way onto the big screen after theaters announced their reopenings earlier this month. And with the release of a new spy-fi film, those willing to venture into the movie theater once again are in for a ride.

On Sept 3, “Tenet” was finally released in theaters after three delays. Written and directed by Christopher Nolan, “Tenet” aimed to make headlines in the spy-fi genre, and with a director like Nolan at the helm, expectations rose for a film to grab the audience’s attention with a strong storyline, but after watching, the people were left unsatisfied. Despite the $207 million earned worldwide, the movie itself became a paradox of popularity and confusion.

“Tenet” begins with the main character, The Protagonist, played by John David Washington. No name aside, he is a CIA agent whose initial mission takes a turn as he is captured and accepted into an organization known as “Tenet”, which to no surprise, was created for the assurance of humanity’s survival. Throughout the  start of the film, it can be said that the plot rushes into the immediate action of what the main character is a part of. From working on an undercover operation to landing on a boat with a recruiter for Tenet, the confusion already seeps in as this shift occurs too quickly for any other detail to be taken into account.

Once The Protagonist enters this suspicious organization, he discovers their main secret: “inverted” entropy, or their definition of time travel. With this information, the storyline moves into the major plot point, where because of this possibility of time travel, a weapon has been formed to wipe out the past’s existence altogether, and it is up to The Protagonist to stop this from happening.

Along with newfound partner Neil, played by Robert Pattinson, the duo finds themselves in precarious situations. Crashing planes into buildings, fighting a Russian oligarch, and of course, time-traveling, at the same time, describe their new sense of normalcy, as they realize that the world works differently through the manipulation of time.

After a quick summary of the plot, “Tenet” contains quite a bit in its two hours and 30 minutes of running time, but the question is: Is it too much for one film to handle? From the quick introduction into the secret organization at the start, it set a precedent for rapid-fire action throughout the entirety of the film, which proved to be its downfall when it comes to the overall understanding of what it wanted to portray.

The idea of “inverted” entropy as the present day term for time travel came and went in an instant. Without much character development for The Protagonist, the audience was left with not much to go off of for time travel as he took the idea in almost at first glance and did not question its validity further.

Although the concept of time travel was illustrated physically through the use of movie magic with bullets moving backwards, the film left it with a short introduction. A revelation such as this would have been improved upon if there was an added focus on the technology and history, or rather future, of this time anomaly.

And the following events that shape the storyline continued to go south. The movie consisted of scenes with The Protagonist talking to different political and philosophical figures that varied depending on the parts of the world they lived in, but they created a mismatch of scenes that lacked the fluidity needed to add to the plot. And combined with action-themed music that went beyond the normal volume, the conversations were filled with unheard phrases and brought more confusion to the audience.

When it comes to the characters, that lack of fluidity and knowledge of the progression of the storyline occurred, as well. Although it is possible that Nolan’s goal was to make the main character that has an unknown past, which added to the mystery and suspense of who The Protagonist really was, it did not blend seamlessly into the film. Instead, the audience was left with characters ranging from art appraisers to arms dealers, with little to no detail other than the fact that they all had a part to play in this dangerous game of time travel.

At the end of the film, that expression of “what just happened” remained on people’s faces even after leaving the theater. Nearing the conclusion of the storyline, the idea of time travel came full circle into what was going on behind the scenes of The Protagonist’s journey. With beat downs of antagonists and explosions to boot, the plot began to make sense once the events and characters prior made their way into their respective roles of heroes versus villains.

Yet despite a well-rounded conclusion, “Tenet” might have missed its mark in the understanding category. The story is definitely one that demonstrates the imaginative minds behind the movie screen that expand the horizons of film ideas, but with that notion, it is important to tame those ideas into a consistent and sensible concept. After looking at “Tenet” in its entirety, the film industry can learn from this, realizing that the potential of a film should rely on a clear perspective and prevent the cloudiness of too much action from taking place.