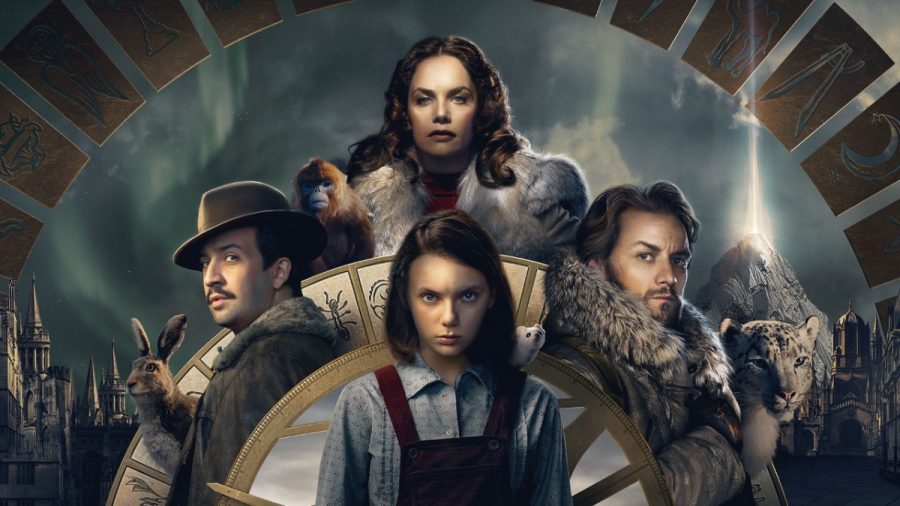 HBO has a drama, action/adventure tv show called “His Dark Materials”, based off the Golden Compass books, written by Philip Pullman. The show follows the story of a rebellious orphaned girl named Lyra, played by Dafne Keen, who lives at Jordan College in Oxford. Her uncle, Asriel, played by James McAvoy, is an explorer who returned to Jordan College after a 12-month exploration from the North to tell the Master of Jordan College, played by Clarke Peters, and the other professors about what he has discovered.

The first episode had 9.7 million viewers making it the most watched tv drama of 2019 so far. , For right now, the show is going to air 16 episodes, with a high possibility of a second season.

“His Dark Materials” is one of the few shows based off a book that actually follows the books. The show quotes and follows the first book almost exactly, with a few differences here and there, for more viewership that is. As an example, in the first episode, Asriel shows up at Jordan College with a baby, Lyra, and gives her to the Master. He enacts Scholastic Sanctuary, a protective clause from the Magisterium, a powerful, religious, political dictatorship that controls everything, that protects scholars at Jordan College from the Magisterium. This is almost exactly how it happened in the first book, with a few minor changes, nothing major.

Fast forward about 12 years, and Lyra now has grown up along with her Daemon, an animal guide that connects to a person spiritually, mentally, and physically, Pantalaimon, who she calls Pan for short. The way that the show follows the books definitely makes it a worthwhile watch, especially if you have read the books and enjoyed them.

The character development of Lyra is so intriguing, since you don’t know what to expect out of her next. She’s surprisingly  deceptive at times, incredibly smart and cunning, and extremely persuasive, as she has shown multiple times throughout the show. The audience gets a feel for how deceptive she can be when she meets Lee Scoresby, an Aeronaut for hire, while travelling North, and decieves him into joining her and the Gyptians on their journey to save their children.

Along with Lyra’s cunning abilities, the audience gets a feel for her emotions as the show progresses. At the age of 12, she’s already had an extremely tragic life, since she was growing up as an orphan with no idea of who her parents were. Her uncle, Lord Asriel, occasionally comes to visit her at Jordan College, where she stays under the protection and care of the scholars. However, she remains happy with her Daemon Pan, and best friend Roger, while she continues her studies.

Lyra has a fantasy of travelling North with her uncle, who is an explorer, and wants to follow in his footsteps. But, what it seems like, is that Asriel would rather protect Lyra from the dangers of the North, such as armored bears, the freezing cold, and what he’s really studying up there, the discovery of other worlds. It seems that Asriel wishes to travel to these other worlds and escape the Magisterium and find a safe place and then eventually come back for Lyra when she’s old enough, since he’s really her father, not her uncle. But Lyra doesn’t find this out until she meets Marissa Coulter, another explorer, who’s worked alongside her father a few times before. Coulter takes Lyra from Jordan College with the promise of taking her North, and Lyra’s fantasies take hold of her and she immediately says yes before trying to figure out who Coulter really is. Lyra has one downside to her, and that is that she is too trusting at the start of the show. She always wants to see the best in people, which isn’t a bad thing, but until she gets the alethiometer, which is a device that allows one to learn the truth about anything, and figures out that she can read it, she trusts anything anyone says.

Lyra Belacqua has a great destiny to fulfill coming soon as the show progresses. She will become an important person and target for all sides in the war to come if the prophecy about a child with great powers is to be true. Who knows what’s going to happen next, but with only 2 episodes left in the season, there’s sure to be a lot to expect from HBO’s biggest drama this fall, especially from the season finale.