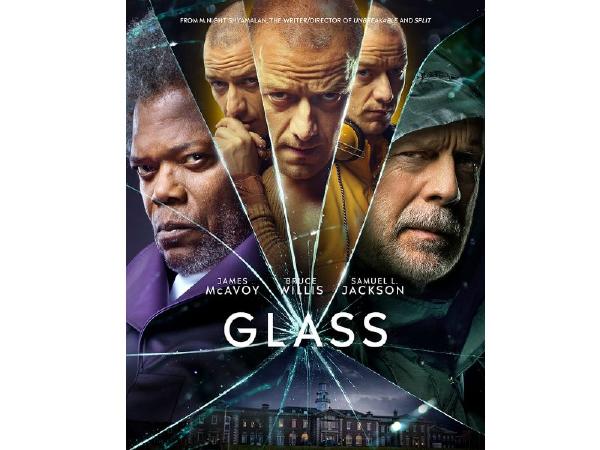 Sometimes the everyday world can be introduced to something that is not quite normal, and the choice as to whether or not to accept what is different can determine the fate of almost anyone. With this concept in mind, Glass ventures into the depths of what is possible within the human mind and body.

From the renowned filmmaker, M. Night Shyamalan, under Universal Pictures, the breathtaking experience of Glass follows up on the well-known movies of Unbreakable and Split.

As a sequel from Blinding Edge Pictures and Blumhouse Productions, Glass arrived to amaze audiences on Jan 18. Much surprise came from the unexpected announcement of a continuation of Unbreakable, which led to even more shocking news when fans discovered that Split was added to the mix.

Once the movie made its mark in theaters, audiences were shocked by the results. Then again, with M. Night Shyamalan, much was to be expected from another thriller, and this one definitely stirred up varying viewpoints as people look further into the mysteries of this dark representation of human beings.

Glass fulfills the cliffhangers of Unbreakable and Split with an in-depth focus on their main stories: ordinary people who have their own special powers. Each movie ended with audiences wondering about what would develop, and Glass introduces a new “origin story.”

Life is presumed to be somewhat normal for Unbreakable’s main character David Dunn, played by Bruce Willis. Although David is still seen as an ordinary guy with a steady job, he uses his abilities of sensing people’s crimes and being immune to sickness/injuries to fight against illegal activities in the shadows. With his son Joseph, played by Spencer Treat Clark, by his side, David soon finds a new target to watch out for.

Back in action, Kevin Wendell Crumb, played by James McAvoy, has completely succumbed to what is now called “The Horde,” where 24 personalities burden his consciousness. His escape was successful after the zoo incident he had previously with three girls he held captive. One of them, Casey Cooke who is played by Anya Taylor-Joy, was deemed pure by The Horde, as he finds that those who have experienced immense pain are the ones who deserve to live.

With the never-ending goal of purifying the world of those who have not yet suffered, The Horde continues to kidnap and murder those kinds of people with the help of the Beast, the 24th personality that possesses animal-like abilities. However, David comes into contact with him, allowing David to sense where The Horde would go next and prevent him from killing his next victim.

David and The Horde meet for the first time and both are surprised at each other’s powers. Their violent fight continues until they are surrounded by soldiers. They are not able to escape and the Beast converts back to one of the other personalities. Their attention moves to Dr. Ellie Staple, played by Sarah Paulson. She convinces them to come with her as she appeals to their better nature, but the location she takes them to is not entirely for their own well-being.

However, the characters discover that they are going to be locked up in a mental institution specifically designed to fix people’s delusions. Dr. Staple tries to make them understand that there is no such thing as superheroes, and that their powers are figments of their imaginations.

David and The Horde succumb to her explanations and begin to believe that they really are just normal human beings with intense mental issues. Along with the threat of torture if they try to escape, they lose faith in how strong they really are.

Of course, another original character comes into play to turn things around again. Samuel L. Jackson returns as Mr. Glass, otherwise known as Elijah Price. Mr. Glass has an intricate scheme under his belt to further prove his ideas of real superheroes. As he hides behind a facade of insanity, he has one more trick up his sleeve, and his plan requires David and The Horde.

The plot thickens as the three characters experience an abnormal mental treatment while Mr. Glass orchestrates his plan as the mastermind behind the scenes. Tension creeps in as the choice of having enemies or allies is made. And with an important secret behind the whole organization within the mental institution, the difference between what is real and what is a delusion seeps into all of their minds.

Glass is ready to dive into the secrets of their stories, but be warned. The pathway the movie takes will bring audiences to the dark regions of the human mind where people will be utterly confused and horrified. And a major twist may truly allow people to understand the definition of what a beginning actually means. Don’t worry, though. Superheroes still save the day in the end. Or do they?